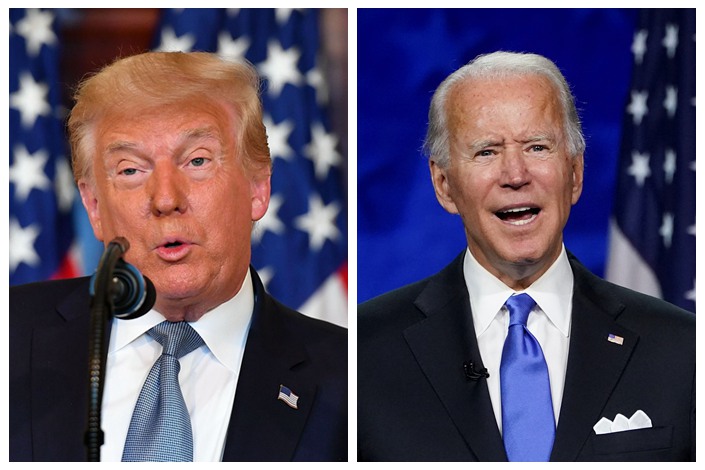 As America’s November presidential election approaches, President Donald Trump and his Democratic challenger, former Vice President Joe Biden, are talking tough on China, spooking investors. Many fret that increased U.S.-China tensions will slam stocks, derailing the nascent global bull market and hurting China’s economic recovery. What they miss: American presidential candidates from both parties always take hard lines on key issues while campaigning, only to moderate once in office—a reality that historical U.S. stock market returns illustrate. So while Trump and Biden’s rhetoric makes headlines, it is no big risk to China or global markets. Let me explain.

Last month I detailed how technology made data universally accessible, erasing any edge it ever gave. Instead I suggested seeking relationships that quantitative investors, academics and data devotees dismiss because of behavioral biases. American politics fits perfectly. Americans’ political views are full of biases. Precious few folks ever see beyond their ideology, backing one of two major parties—Republicans or Democrats—with religious fervor. Once aligned with one, few change. Most everyone is politically “stuck.” Being stuck makes most people blind to market outcomes and relationships that defy their world view—confirmation bias at work. That gives some political history real stock market power.

During campaign season, most investors and pundits focus on the big plans candidates tout. All presidential candidates offer bold proposals to help excite their bases and get elected. This year, Biden is pushing a $2 trillion plan to combat climate change and a $775 billion investment in caregiving programs for the elderly, children and the disabled. And he is raising the specter of sanctions against China for the Hong Kong national security law. Trump, meanwhile, continues his tough China rhetoric. Among his recent threats: scrapping the U.S.-China trade deal and banning TikTok.

Such tough talk—including tough China talk—is common for US presidential candidates. But once elected, most of it gets dropped. They might push through a few signature laws—often watered down to get through Congress. Trump, a Republican, had a Republican Congress in his first two years but passed only one major measure—scaled-back tax reform. Before him, President Barack Obama, a Democrat, had a Democratic Congress his first two years. He got major health-care and financial reform bills, but neither was as drastic as he promised while campaigning. That’s all.

This happens in every election. Stock returns demonstrate it. To understand how, consider the reputations of Republicans and Democrats. Most investors, roughly 70%, see Democrats as bad for business and Republicans as good. I’m not saying that is right or wrong—just common perception, reinforced by politicking. Democrats usually run on things like tighter regulations and raising taxes. Hence, the anti-business—bad for stocks—image. Republicans normally run on freer markets and lower taxes—seemingly business-friendly. Reality isn’t so simple. Both parties pass laws markets like and hate, of widely varied forms with widely varied consequences. Crucially, stocks have done fine (and poorly) under both.

But conventional images shape sentiment, affecting the timing of election and inaugural year returns. When a Democrat has won, investor fears dampen election-year returns—just 7.4% on average in the S&P 500 Index’s life. When Republicans won, higher hopes boosted election-year averages to 15.2%. Then reality sets in. Few American presidents have ever accomplished as much as supporters hoped or detractors feared. With Democrats often perceived as anti-business, that brings relief—and 16.2% average returns in their first year in office. Only one Democrat’s inaugural year since World War II wasn’t double-digit positive—Jimmy Carter’s 7.4% dip in 1977. The reverse holds for Republican presidents. High hopes for pro-business policies fade as they do less. Stocks average just 2.6% in their first years. This flip-flopping shows clearly how markets pre-price widespread beliefs—and how presidents have far less power for major change than widely believed.

This year’s race and key Congressional contests that will determine how much legislative support the winner has are only now coalescing, delayed by Covid-19’s spread. Democrats just released their broad campaign platform July 22. Biden widely leads Trump in national polls—6.4 points as of Aug. 5—leading many to think he’s the sure winner. That’s vastly premature. Hillary Clinton had a 6.8-point average poll lead on the same date in 2016. She led polls through Election Day. There is another similarity between Clinton and Biden: They’re both well-known, established figures in the Democratic Party. For more than 150 years, established Democrats never won the White House if they weren’t already president. Otherwise, they do better with newcomers who weren’t considered frontrunners four years earlier. Grover Cleveland, Woodrow Wilson, Franklin Roosevelt, John F. Kennedy, Jimmy Carter, Bill Clinton and Barack Obama are examples.

Trump, of course, faces many challenges to his re-election. There is the obvious: Covid and the economic fallout. But in 2016, he motivated many voters with big, strong promises—his China-targeting talk, included. This time, he hasn’t made many promises. He’s mostly seeking confirmation he did a good job in his first term. That strategy usually fails. He could change course, but hasn’t yet.

Whoever wins, don’t buy the notion it’s all bad for China. Just look at Trump’s first term. For all his tough China talk on the campaign trail, the tariffs he implemented since his 2016 election lacked real bite. Mostly they were low rates and easily avoided—a bargaining chip, designed to get President Xi Jinping’s help reining in North Korea. His much-dissected social media barbs? Just words designed to fire up key voters in America’s industrial Midwest, many of whom believe China’s rise has unfairly hurt Midwest manufacturers. Note: For all the talk about tearing up the U.S.-China trade deal, it hasn’t happened.

In the very short term, uncertainty surrounding the U.S. election may weigh on Chinese stocks—especially those exposed to American trade. But as clarity emerges, expect a tailwind for markets. Stocks hate rising uncertainty and love falling uncertainty—always and everywhere. America’s presidential election years are a perfect example. Early in election years, uncertainty increases as primaries force aspirants to extremes to court their bases. The 2020 Democratic primaries were a textbook example. But as clarity grows about candidates and the election, stocks usually surge. Regardless of who wins, the S&P 500 has risen in 83% of presidential election years, averaging 11% returns thanks to those big second halves.

The logic that applies to American stocks is equally true for China. Today’s fears will fall as the election winners and their real intentions become clear.

The notion of a more benign reality than campaign rhetoric implies means fear over fallout for China’s stocks and its economy are overblown—false. In investing, false fears are always bullish, setting up a positive surprise to lift markets.