Opinion: Don’t Fall Prey to the Pessimism of Disbelief 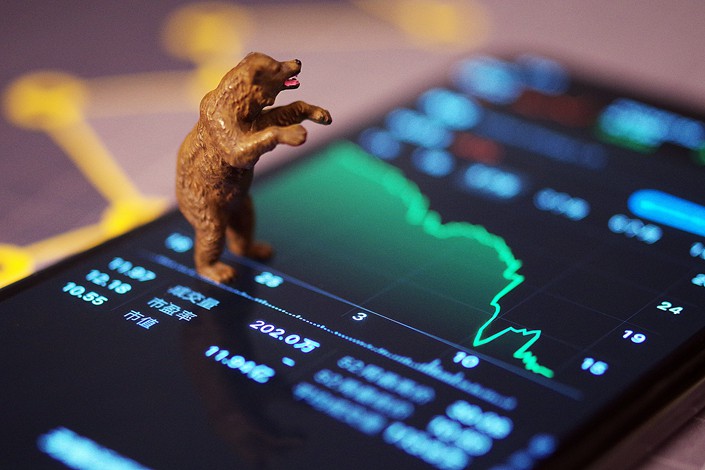 Is the rally real? In April, world stocks posted their biggest monthly gain since the 2009 to 2020 global bull market’s early days. Chinese stocks are already closing in on pre-coronavirus levels. But Western pundits say you shouldn’t buy it. Most argue the worst lies ahead, citing rotten economic data worldwide and a potential Covid-19 second wave. They may be right. Bear market lows are impossible to identify precisely in real time. But to invest successfully, embrace visible negativity. People always doubt new bull markets. I call it the pessimism of disbelief. It forms the foundation of new bull markets. Let me explain.

Across the West, negative sentiment is building. Experts see pervasive bad news, ignoring most positives — even spinning them as bad. A handful of new coronavirus cases in Wuhan spark fears of disaster. They see falling Chinese producer prices as signs a long, sluggish recovery awaits. Hugely better-than-expected April exports? An aberration set to fade, they say. That is classic pessimism of disbelief.

Consider the 2007 to 2009 bear market. Many feared the global downturn would topple China’s growth miracle, too. Few acknowledged growing positives, like massive worldwide stimulus programs — including nearly 7 trillion yuan ($985 billion) from the U.S. and 4 trillion from China — as big tailwinds for stocks. Regardless of your views of that, most in the West said it either wouldn’t work — or, if it did, would cause bigger problems, like massive inflation and runaway debt, with secondary impacts slamming China. No one could see that China reaccelerating would cause positive secondary effects on developed economies from Australia to America.

When global economic data improved in 2010, few cheered. Instead, Western pundits turned to fretting that improving economies would lead central banks to tighten, killing the supposedly stimulus-induced rally. This was especially true of China, where many dubbed the government’s big infrastructure push hollow spending with no practical purpose. Anyone pointing out real positives or hopeful signs was dismissed as a cheerful idiot. This depressed expectations which helped fuel the almost 11-year long global bull market that ended February.

So it is now. Current fears — a second Covid-19 wave, debt, inflation, deflation, and more — are widely known. They bullishly depress expectations. When most expect economic disaster, a slightly “less terrible” economy can send stocks soaring. Consider the U.S. In 2009, stocks bottomed on March 9. That quarter, U.S. GDP growth plunged at an ugly -4.4% annualized pace. It shrank -0.6% in the second quarter before eking out barely positive growth in the third quarter. But by July, the S&P 500 was already up 36.9% in U.S. dollars — despite unemployment hitting a lofty 9.5%, and rising.

The 1990s U.S. bull market began similarly, in October 1990. That quarter, U.S. GDP slumped -3.6% annualized. It fell the next quarter, too. Unemployment didn’t peak for nearly two years! But in the bull market’s first six months, the S&P 500 returned 27.8% in dollars. Yet most investors’ myopic hyper-focus on a dreary present fueled by the pessimism of disbelief kept them from believing in any brighter future.

That same mistake is building now, weekly — despite Western pundits having proof of a brighter future staring them in the face: China. In my March column, I explained that China’s recovery would show how the world moves forward from the virus and government-forced shutdowns. Since then, with most of China reopened, industrial production is rebounding. Auto sales grew in April for the first time in nearly two years. Retail spending plunged in April but already looks better in May, with the Double Five shopping festival generating 15.6 billion yuan in sales — in its first 24 hours. Chinese firms like Wumart are showing the world how to overcome customers’ coronavirus fears with contactless ordering, pickup and delivery systems.

Of course, there is a long evolution ahead. Western shutdowns will hamper exporters in the near term. But as restrictions overseas lift, demand will rebound globally as it has in China. Chinese exporters will benefit.

But this is often cast as reasons for pessimism. When world markets don’t plunge on lousy job reports, they call stocks “out of step” with economic reality. When GDP tumbles with nearly everyone convinced a more severe contraction lies ahead, they claim the rally is all fed by America’s Fed. Despite all fears, never forget: stocks look ahead, and often fairly far. Other than minor volatility, stocks always pre-price a future three to 30 months away, always. New data merely confirm what stocks already priced. Whether those data are good, bad or putrid isn’t a question for cold-hearted stocks. Instead it’s: Are the data way worse than previously expected? With rampant fear depressing expectations dramatically, it’s hard to answer “yes.” That is how bull markets always begin — crummy, worsening data for many more months.

That holds for a second Covid wave. Of course, a redux may be ugly. But here, too, the right issue is: Would it be worse than feared? Maybe, but if the pessimism of disbelief persists in savagely imploding sentiment, it would take an awful lot.

We can’t know for sure if March 23 began a new global bull market. But “clarity” is one of investing’s costliest words. Stocks simply never wait for it. Too many investors do. That’s why big initial gains will pass most investors by as they are blinded by the pessimism of disbelief. Don’t be among them.