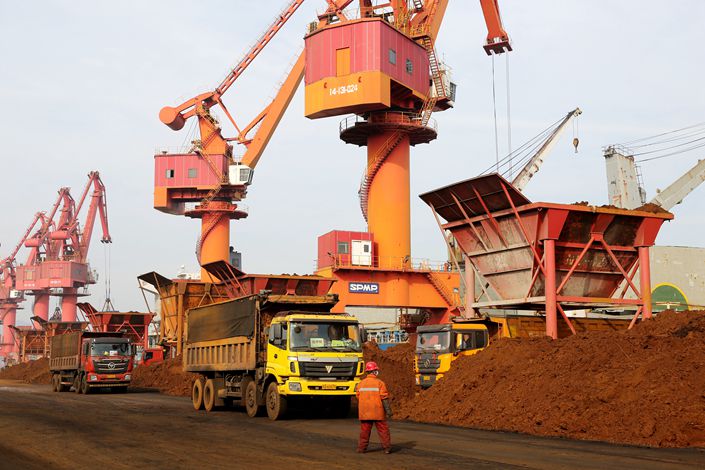 Preliminary figures from the Australian Bureau of Statistics show the overall value of exports declined by A$1.96 billion or 6% to A$29.1 billion.

“The fall in iron ore exports took us by surprise, but we think demand from China will hold up over coming months supporting resource exports,” ANZ economist Hayden Dimes said.

“This warrants close attention ahead to see if the pullback is a one-off or weaker trend,” they said.

In April, at the height of the pandemic, China’s ambassador to Canberra, Cheng Jingye, told The Australian Financial Review the Morrison government’s call for an inquiry into the origins of the Covid-19 pandemic may hurt exports to China.

The preliminary data does not give a detailed breakdown of exports to China.

Overall goods imported increased by A$2.48 billion or 11% to A$25.8 billion, leading to an overall trade surplus of A$3.3 billion — the 32nd consecutive month of surpluses.

As exports to China fell, imports from the country increased 3% or A$194 million to A$7.6 billion, with imports of textile yarns, fabrics and related products such as personal protective equipment up 32% to A$554 million.

This story was originally published by the Australian Financial Review