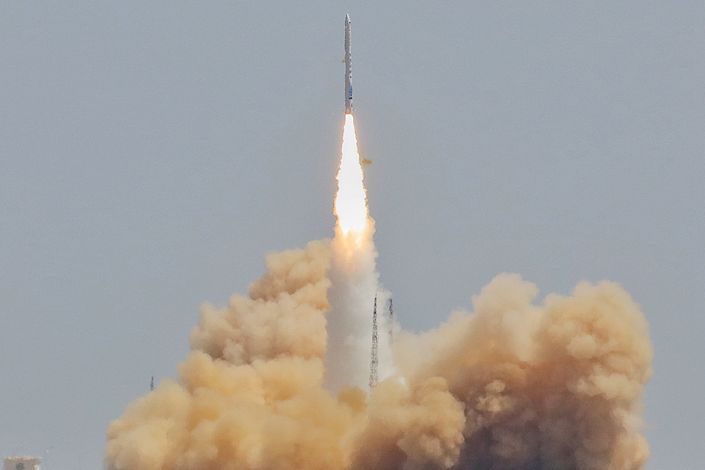 An iSpace rocket is launched from the Jiuquan Satellite Launch Center on July 25, 2019.

(Deal Street Asia) — Beijing-based iSpace announced on Tuesday that it has garnered nearly 1.2 billion yuan ($174 million) in a series B funding round in what is the largest financing in a privately-owned commercial space launch startup in China to date.

The series B round was led by Beijing Financial Street Capital Operation Center, a state-owned investment company located in western Beijing, according to a statement on Tuesday.

The company plans to use the proceeds from the series B round to finance the research and developlment of its reusable liquid oxygen methane rocket engine and the Hyperbola-2, which is expected to be a reusable rocket.

The startup pocketed the financing around one year after it became China’s first and so far only privately-owned company to successfully send satellites into orbit.

The success of the mission in July 2019 saw the Hyperbola-1, a 20-metre-long (66 feet) rocket designed and built by iSpace, taking off from the Jiuquan Satellite Launch Centre in China’s Inner Mongolia autonomous region and deploying two satellites it was carrying into near-Earth orbits.

ISpace was created in October 2016 by Peng Xiaobo, a former director of research and development at the China Academy of Launch Vehicle Technology, a Chinese state-owned rocket developer.

It is leading the development of China’s nascent commercial space launch industry, which is currently composed of some 15-plus startups such as Commsat, MinoSpace, and Land Space.