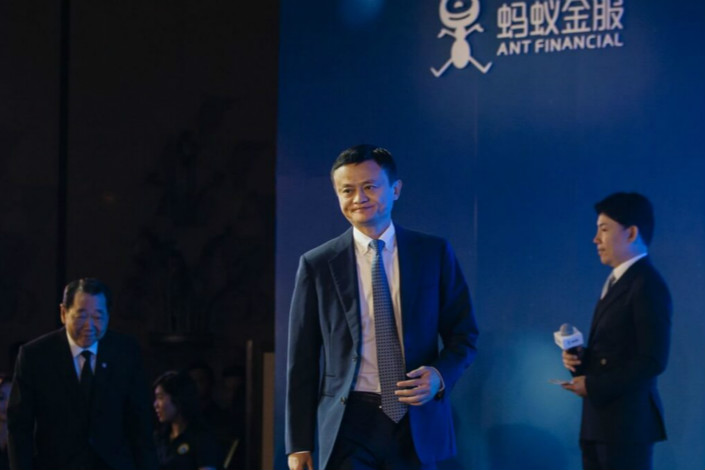 While Alibaba’s Ant Group financial affiliate was wowing investors with strong top and bottom line growth in its newly released prospectus, the massive document of more than 600 pages also provided some insight on the company’s ownership, including influence wielded by retired Alibaba founder Jack Ma.

It should come as no surprise Ma’s presence weighs heavily at Ant through his control of two entities that own more than half of the fintech giant’s shares. Those revelations came to light on Tuesday when Ant disclosed it will make a dual listing in Hong Kong and Shanghai, in a deal expected to be one of the biggest IPOs of all time raising $20 billion or more.

The prospectus for its Hong Kong offering shows Ma effectively controls 50.52% of Ant due to the company's shareholding structure.

That structure has two major entities as Ant’s largest stakeholders: Hangzhou Junhan, which owns 29.86% of the company; Hangzhou Junao, which holds 20.66%, giving the pair a combined 50.52% stake. After that, the next biggest stakeholder is Alibaba itself with a 32.65%. From there the stake sizes drop sharply among the company’s many earlier investors, the next largest being China’s social security fund with a 2.94% stake.

But not all people are created equal in Yunbo’s group of owners, the prospectus explains, citing an agreement signed between the four stakeholders last Friday.

Correction note: a previous version of the story gave an incorrect percentage of Ant Group's shares held by Jack Ma