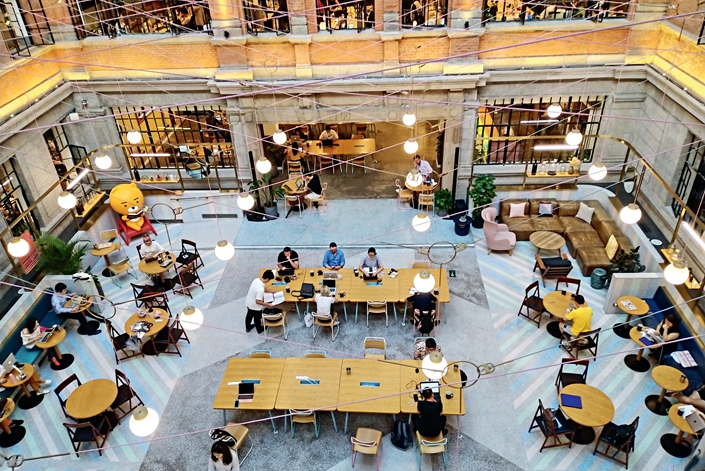 In June, Orisun had agreed to acquire Ucommune and the merger is expected to close in the fourth quarter this year.

The backstop investors have the option to either acquire Orisun’s common stock in open market purchases prior to the merger, or to purchase common shares in a private placement from the combined entity at $10.10 per share at the time of the merger closing.

“Securing the backstop commitment is an important milestone. It will allow us to execute our growth strategy and strengthen our market-leading position,” said Ucommune’s founder Daqing Mao in the statement.

“With the $53 million backstop investment commitment, we look forward to working with the Ucommune team towards a smooth closing [of the merger] in the fourth quarter of 2020,” said Orisun chairman Wei Chen.

As of June 30, Ucommune had a network of 185 shared office spaces across 47 cities in Greater China and Singapore. It counted around 28,700 enterprise customers and 822,600 individual customers.

In August, Ucommune Group Holdings officially withdrew its plans for a $100-million initial public offering (IPO) in the US. Under the new plans, the company will be listed on the Nasdaq after the merger with Orisun through a “backdoor listing”—the process of getting listed on a stock exchange through an M&A, instead of the IPO route. Ucommune said that the merged entity would have a pro forma market value of around $769 million.

Ucommune had originally filed an IPO prospectus on the New York Stock Exchange (NYSE) last December, but Citigroup and Credit Suisse Group walked away from underwriting the deal due to “unrealistic” IPO valuations, according to a Reuters report in January.

Orisun is incorporated in Delaware as a “blank check” company, which is formed for entering into mergers, share exchanges, asset acquisitions, share purchases, recapitalisations, reorganisations or any similar business combination with one or more entities.