By Brad Thompson and Michael Smith 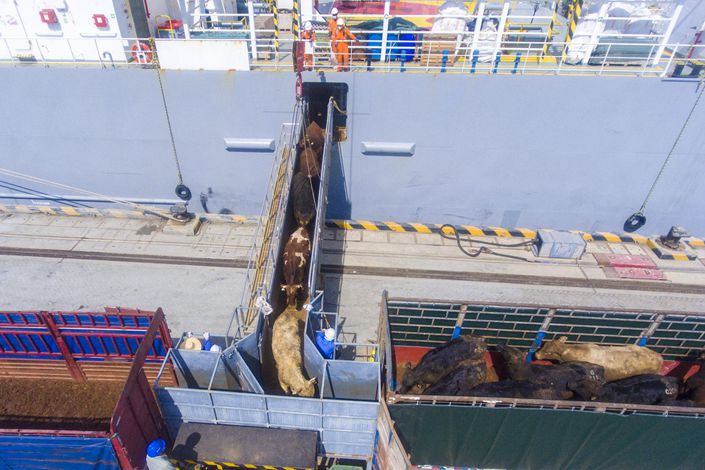 (AFR) — China has banned imports from another major Australian meatworks as relations between the two countries continue to deteriorate.

The cattle and beef industries are in uproar over the latest ban and questioning the credibility of Chinese authorities, who claim to have detected residue from a veterinary drug that is banned for use in livestock in a sample of Australian meat.

The drug, chloramphenicol, has never been detected in Australian meat in thousands of tests by local authorities over the past decade.

The latest ban came within 24 hours of the Morrison government moving to scrap and veto agreements between China and Australian states.

It applies to imports from the family-owned John Dee abattoir based in the Queensland electorate of agriculture minister David Littleproud.

The John Dee shut out follows earlier bans on four abattoirs over alleged labelling issues and trade sanctions on Australian barley and wine.

Australian Meat Industry Council chief executive Pat Hutchinson said Australia was trying to get to the bottom of what caused the John Dee suspension.

“We’re working with the company, our contacts in China and the Department of Agriculture to find out what is going on,” he said.

“This is a not some blanket ban on Australian beef by China. It is just one facility.”

China Customs said in a statement on its website that it suspended exports after chloramphenicol was detected in sirloin exported to China on August 26.

“In order to safeguard the food security of imported meat, China has informed the Australia side and suspended its import applications. China required Australia side to conduct a comprehensive investigation on the company and report the result to China side,” it said.

Veterinarians typically use the drug to treat skin, wound, bone and intestinal tract infections, and pneumonia in dogs and cats.

Hutchinson said the claims were as shock as the drug had never been detected in beef under comprehensive testing by Australian authorities.

“For the past decade the National Residue Survey has been testing meat across Australia, over 3,500 tests, and has never detected it once,” he said.

The suspensions imposed on four abattoirs in May, over what the Australia industry has said were “very, very technical” matters, remain in place.

In the past, similar bans were resolved in three months. The meatworks involved this time and Australian authorities are still waiting to hear back from Chinese trade officials after responding to the mislabelling claims.

Australian beef exports to China were worth $2.67 billion last year.

A beef analyst in China, who did not want to be named, said the latest ban was politically motivated.

“This announcement is partly related to the current difficult China-Australia relationship,” he said.

“China Customs destroyed the whole batch of goods and it will have a strong psychological impact to Australian beef traders. They will shy away from Australia suppliers and increase beef import from other regions.

“To be honest, I’ve warned my friends in the beef importing business not to touch Australian beef this year. It is extremely risky due to the frosty China-Australia relationship.”

The analyst said China was expanding its list of approved beef suppliers outside Australia.

This article was originally published by Australian Financial Review