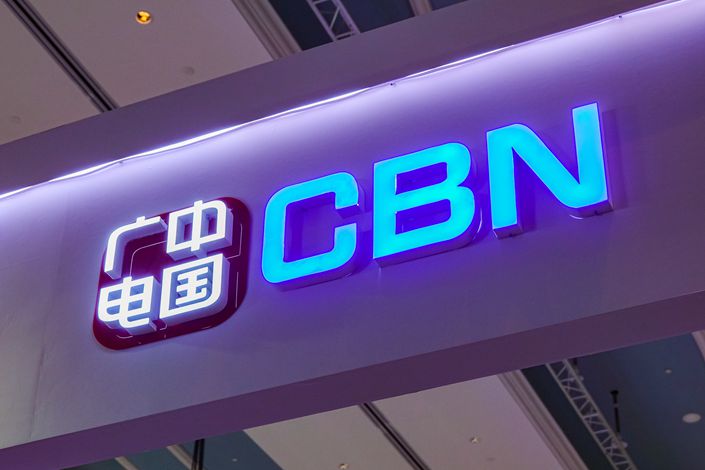 Despite its new formation, such a firm could have a significant advantage over current players in the space by being able to offer a combination of 5G wireless, broadband and paid TV services.

A company that could become China’s first national cable TV provider and newest wireless carrier is in the late formation stages, several of its stakeholders said, a year after its planned majority stakeholder, China Broadcasting Network Corp. Ltd. (CBN), received a license to offer 5G telecoms services alongside the nations’ big three carriers.

The imminent formation of the new company, whose name translates to Unified National Network (UNN), was contained in multiple announcements issued simultaneously Wednesday by the new company’s publicly listed investors. Those investors, which total 47 and include e-commerce giant Alibaba and China’s national electric grid operator, will collectively pour more than 20 billion yuan ($2.9 billion) into the new company in a major capital injection.

Despite its new formation, such a firm could have a significant advantage over current players in the space by being able to offer a combination of 5G wireless, broadband and paid TV services.

UNN will have registered capital of 101.2 billion yuan, according to the announcements. It will be 51% held by CBN, which itself was formed six years ago with a goal of consolidating many of China’s regional cable TV companies. Many of UNN’s other stakeholders will be regional network operators that will provide cable and other assets to the new company.

Other investors will provide assets and receive stakes in exchange.

The new company’s board will have 11 members, according to the announcements. Six of those will be nominated by CBN, while Alibaba, State Grid Corp of China, and the Beijing network operator will each get to nominate one board member. The remaining two members will be nominated by the other stakeholders.

Several sources told Caixin in February that multiple broadcast-related government agencies were giving an extra push to create the new company that would finally consolidate the nation’s fragmented cable TV makers into a single company that would also offer 5G services. One of the trickiest issues had been determining what stake of the new company to give each provider of regional network assets.

CBN made headlines a year ago when it unexpectedly received a 5G license alongside China’s three major wireless carriers, China Mobile, China Unicom and China Telecom. Earlier this month, China Mobile, the nation’s dominant wireless carrier, announced it would jointly build its 5G network with CBN, providing the latter with a way to quickly get into the capital-intensive business.

As part of the arrangement with the new company, the regional network operators will be able to offer local 5G services using CBN’s 5G license.

A source at the broadcasting authority in Central China’s Hubei province told Caixin that regional cable networks are rapidly losing their subscribers to newer internet-based services like Baidu-backed iQiyi and Alibaba’s Youku. The new national company will be more competitive due to its deeper resources and ability to offer 5G services, possibly helping to stabilize or reverse the trend.

China had 212 million cable TV subscribers as of the third quarter of last year, down 7% from a year earlier, according to third-party research. Of the 10 publicly listed companies from the industry, six saw their revenue and profit drop that quarter.