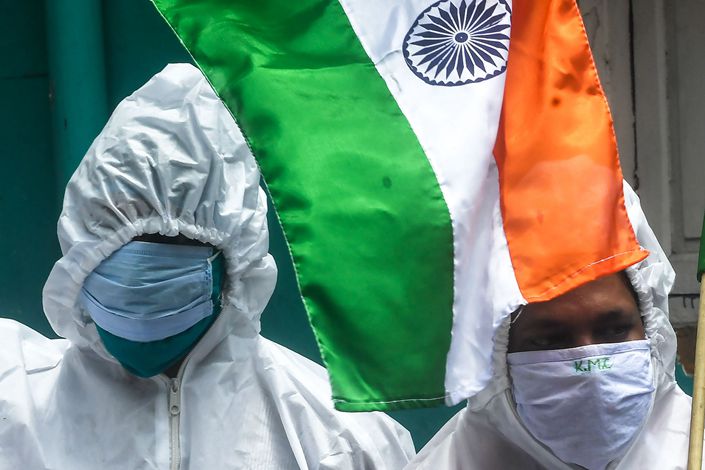 (The Straits Times) — When Indian Foreign Secretary Harsh Vardhan Shringla was in Dhaka earlier this month to try and mend a frayed relationship with Bangladesh, one of the offers he made was that of a potential Covid-19 vaccine.

Bangladesh, he said, will get priority access to a vaccine produced by India.

“When the vaccine is produced, it goes without saying that our closest neighbours, friends, partners and other countries will be part of it,” he told reporters in Dhaka.

India’s “vaccine diplomacy” comes at a time when its strategic rival China has made a similar offer to Bangladesh.

According to China’s nationalist tabloid Global Times, Chinese Ambassador in Dhaka Li Jiming has even offered to be the “first volunteer” for a phase three trial of the Chinese Sinovac vaccine in Bangladesh.

Dhaka, after deliberating for more than a month, allowed Sinovac’s trials to proceed in the country last Thursday.

China has offered similar priority access to its vaccine to Pakistan and many other countries in Africa and Southeast Asia in an effort to further reinforce its clout.

An Indian government source told The Straits Times that finer details of a vaccine-sharing program will be worked out when India is certain of having a successful product to offer. “When we do, India will follow its ‘Neighbourhood First’ policy,” he said.

But before it supplies a Covid-19 vaccine to other countries, India, which has one of the world’s biggest caseloads of coronavirus infections, will need to vaccinate its 1.3 billion population.

China, on the other hand, could have a better head start in exporting a vaccine, given that it has largely contained the pandemic within its territory.

Indian companies, however, retain the advantage of having a longer established track record as a globally trusted manufacturing partner and supplier of vaccines as well as medicines, said Dr Rory Horner, a senior lecturer at The University of Manchester’s Global Development Institute.

“This may give them an advantage in terms of having trusted relationships, quality approvals and partnerships with other firms, governments, international organisations and donors for the global supply of Covid-19 vaccines, if found to be effective,” Horner told The Straits Times in an e-mail.

In comparison, Chinese firms do not have a similarly well-established position to supply vaccines around the world, he added.

The Pune-based Serum Institute of India (SII), the world’s largest manufacturer of vaccines by volume, has secured a manufacturing contract for two leading Covid-19 vaccine candidates — those from AstraZeneca and Novavax.

It has also partnered Gavi, a global alliance for vaccines, and the Bill & Melinda Gates Foundation to speed up manufacturing and delivery of up to 100 million doses of potential Covid-19 vaccines for India and other low-and middle-income countries next year.

Russia is also exploring the possibility of manufacturing its Sputnik V vaccine in India, whose producers remain critical to any global vaccine roll-out plan, given their vast manufacturing capacity as well as competitive edge.

While the Indian government is yet to finalize how it intends to share a vaccine with others, Dr Bhaskar Balakrishnan, a science diplomacy fellow at Delhi-based Research and Information System for Developing Countries, told The Straits Times that it could do so through the Indian Technical and Economic Cooperation Programme set up in 1964.

“Judging from similar things in the past, the government is more likely to provide vaccines and drugs under its aid programme on a grant basis,” said Balakrishnan.

He added that this approach could be different from that of China, which has reportedly offered its vaccine through loans requiring repayment.

Recipient countries, meanwhile, are hedging their bets to ensure they are among the first to get access to any successful vaccine.

Bangladesh Enterprise Institute senior research director Faiz Sobhan told The Straits Times: “Ultimately, whichever vaccine Bangladesh goes for will likely depend on the following factors — which manufacturer is among the first to produce the vaccine, if they can make sufficiently large quantities... available to Bangladesh, and the cost of the vaccine.”

This article originally appeared in The Straits Times