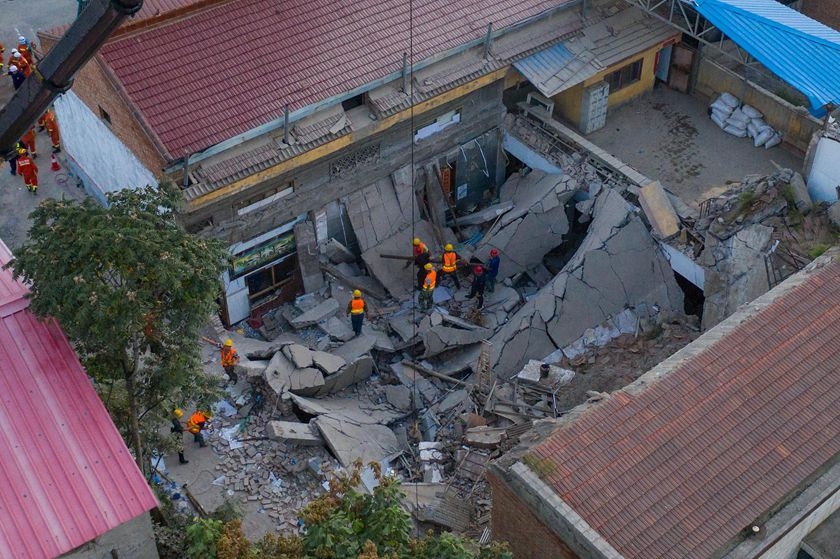 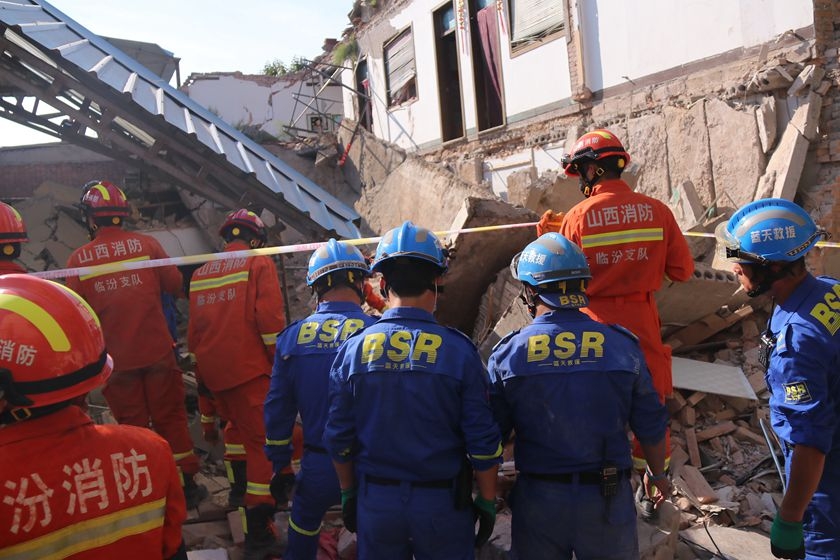 Rescuers work at the site of the collapse. As of Sunday afternoon, 57 people had been pulled out of the rubble, 29 of whom were confirmed dead and seven seriously injured, according to the state broadcaster CCTV. 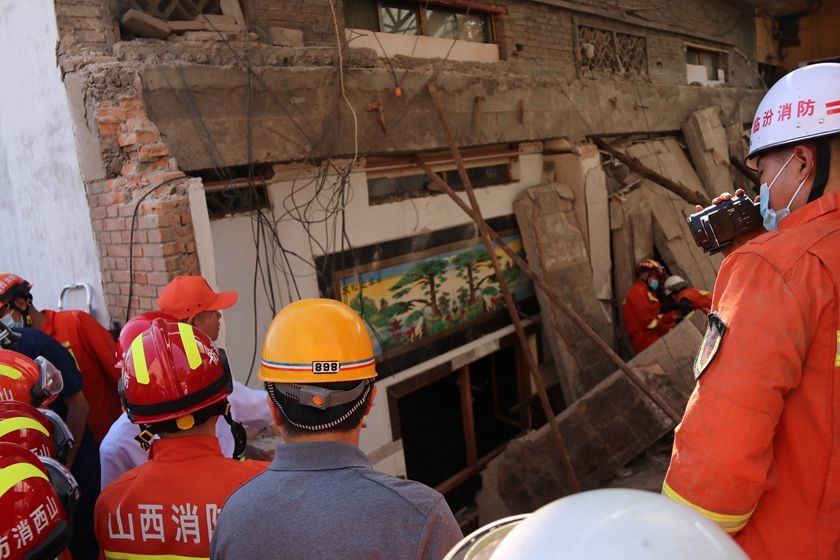 A rescuer takes a photo of the collapsed banquet hall. A team of major accident investigators was set up to determine the cause of the incident, the country’s emergency management agency said in a statement. 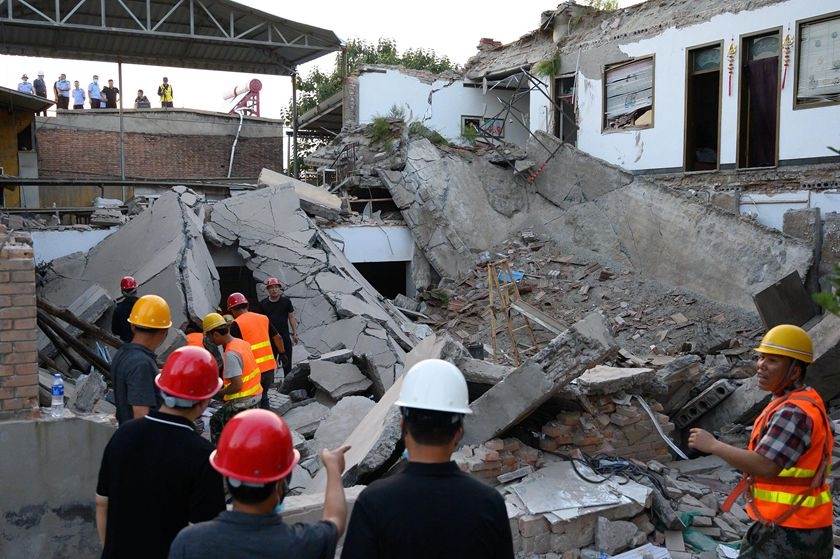 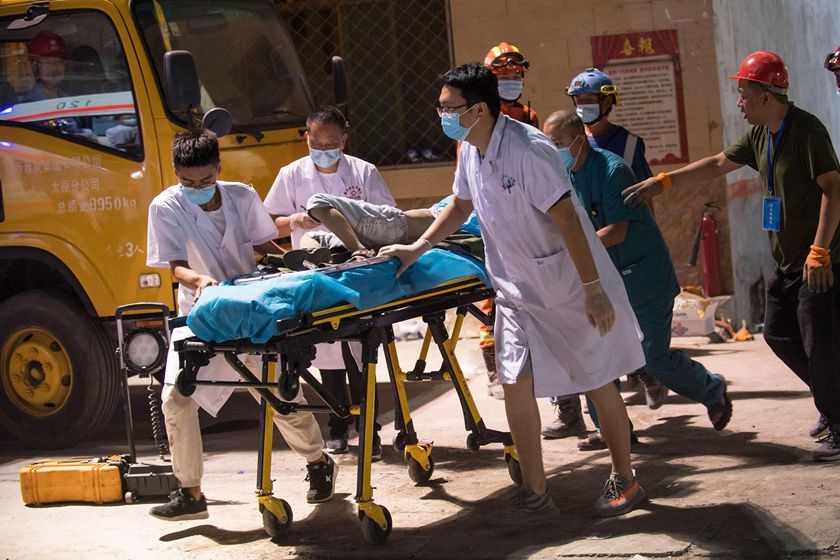 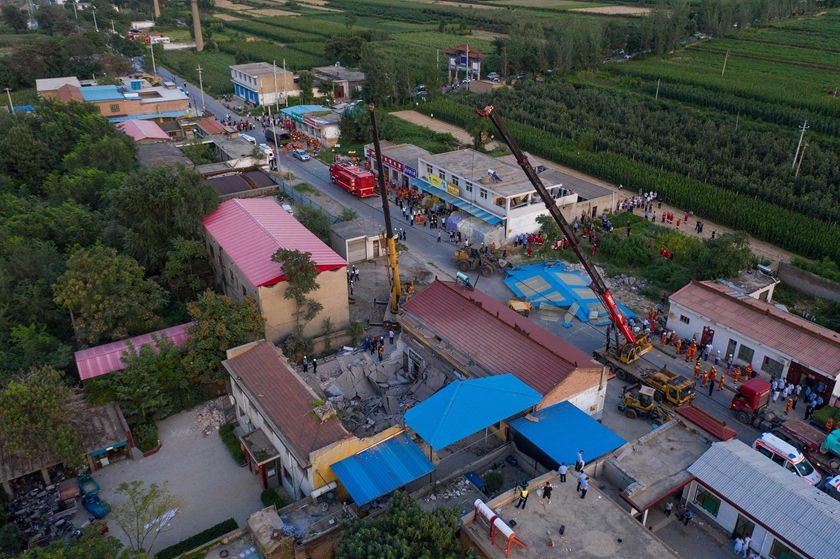