By He Shujing, Anniek Bao and Flynn Murphy 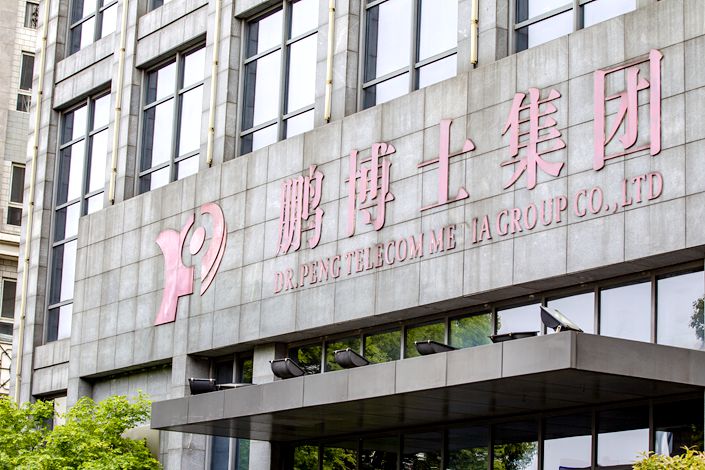 The undersea cables that carry the internet between continents have opened up as the latest front in deteriorating U.S.-China relations, with Google and Facebook abandoning a plan to link Los Angeles with Hong Kong after a local partner was flagged by U.S. security agencies as a threat.

The Pacific Light Cable Network (PLCN), consisting of six roughly 8,000-mile fiber optic cables, was part of Silicon Valley’s push to get in on global internet infrastructure. It could have carried 144,000 gigabits of information between the U.S. and China in just a second, according to the magazine of the Institute of Electrical and Electronics Engineers.

With a projected cost of $400 million when it was announced, Caixin understands the project was all but complete — and awaiting approval from American regulators to be put into action.

The Committee for the Assessment of Foreign Participation in the United States Telecommunications Services Sector in June advised the FCC to grant only partial approval for the project — to the submarine cable network’s U.S. owners, GU Holdings Inc., a subsidiary of Google, and Edge Cable Holdings USA, LLC, a Facebook contractor, and to the infrastructure connecting the U.S., Taiwan and the Philippines — and exclude PLDC, Dr. Peng and the Hong Kong leg.

The committee cited concerns Beijing could use the cable to snoop on American citizens’ personal data.

A Dr. Peng spokesperson said that given the current complexities, the Chinese telecom firm had asked the U.S. partners to withdraw the application.

Google and Facebook submitted a revised proposal last Thursday that includes cable links to Taiwan and Philippines and cuts PLDC and its Hong Kong leg out of the deal, Bloomberg reported. Google obtained a temporary license from the FCC in April to commercially operate the portion linking Taiwan and the U.S. for six months.

In an Aug. 20 submission to the FCC opposing the decision to grant only partial approval to the project, PLDC said it was based on “inaccurate, misleading and misplaced” allegations that the company is subject to Chinese government influence, and said no substantial evidence was provided for this.

“The executive Branch relies on unspecified, unsubstantiated, and speculative allegations of security concerns as to PLCN for no apparent reasons other than its nationality as a Hong Kong company and that its indirect shareholder is a Chinese company,” it said in the opposition report.

Initiated in 2015, PLCN is an ambitious program to build the first direct submarine connection between the U.S. and Hong Kong, and what would be the highest capacity subsea cable connecting Asia and North America. But its trans-Pacific journey has encountered a flurry of regulatory headwinds, particularly as relations between the U.S. and China have fallen apart.

The Trump administration’s purge of Chinese technology, known as the “Clean Network” program, began as an effort to keep Chinese telecom companies Huawei Communications Co. Ltd. and ZTE Corp. out of America’s 5G infrastructure. It has since been expanded to five new fronts, including carriers, cloud services and undersea cables, along with smartphone apps and app stores.

Telecom carriers and cables are essential to communication between China and the U.S., transporting data and voice traffic across the globe. Despite never banning Chinese companies from participating in bidding for international undersea cable projects, the Trump administration has declared it will ensure undersea cables connecting the U.S. to the global internet are “not subverted for intelligence gathering” by China.

The offshore construction of PLCN was completed in March, Dr. Peng’s spokesperson told Caixin, and the company has secured all necessary licenses on behalf of PLCN on the Hong Kong end.

PLCN comprises six separate submarine fiber lines between Hong Kong and Los Angeles, four of which belong to Dr. Peng and its subsidiary PLDC. Google controls a sub-link in Taiwan and Facebook owns the branch to Philippines.