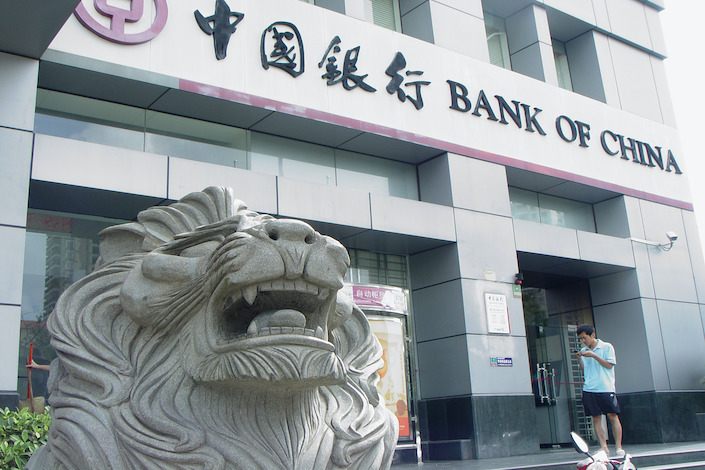 Bank of China set aside more than 66.5 billion yuan ($9.69 billion) to prepare for a sharp rise in nonperforming loans.

Bank of China, one of the country's big four state-owned banks, reported a record 11.5% drop in first-half net profit as it almost doubled the amount set aside to cover loan losses in the aftermath of the pandemic. Officials projected more credit risks in the second half.

In the first half, the state-owned lender deducted 66.5 billion yuan ($9.69 billion) from profits to add to reserves against impairment losses, the biggest increase among the big four state-owned banks. Bank of China joined a list of banks that have set aside more funds to counter expected losses on rising bad loans following the Covid-19 pandemic.

Bank of China reported a net first-half profit of 100.9 billion yuan ($14.74 billion), down from 114.05 billion yuan a year earlier. Revenue increased 3.24% to 285.7 billion yuan. Among listed banks that have reported earnings, Bank of China’s year-on-year profit decline was the second-biggest, behind a 14.26% drop at state-owned Bank of Communications.

As of Aug. 10, Chinese commercial banks reported total net profits of 1 trillion yuan in the first half, down 9.4% year-on-year, data from the China Banking and Insurance Regulatory Commission (CBIRC) showed.

Significant increases in bad loan reserves were the main reason for the decline in Chinese banks’ net profit. In response to the impact of the pandemic on the quality of credit assets, banking regulators in the second quarter repeatedly urged lenders to increase loss provisions, appropriately control the growth of profits, and prepare for a sharp rise in nonperforming loans.

Bank of China’s domestic retail business — including credit cards and personal loans as well as the asset quality of overseas business — has been significantly affected by the pandemic and changes in the global economy situation, said Liu Jiandong, the bank’s chief risk officer.

Liu projected that credit risks will continue to be exposed in the second half and industry performance will be further split. The recovery in sectors such as wholesale and retail, catering, tourism, transportation and other sectors, is expected to be slow, so the bank expects to face increasing risks from clients in those sectors, Liu said.

Because of the impact of the international economic and financial situation, the bank also expects to face relatively high risks from clients in foreign trade and overseas aviation, oil and gas, and commodities, Liu said.