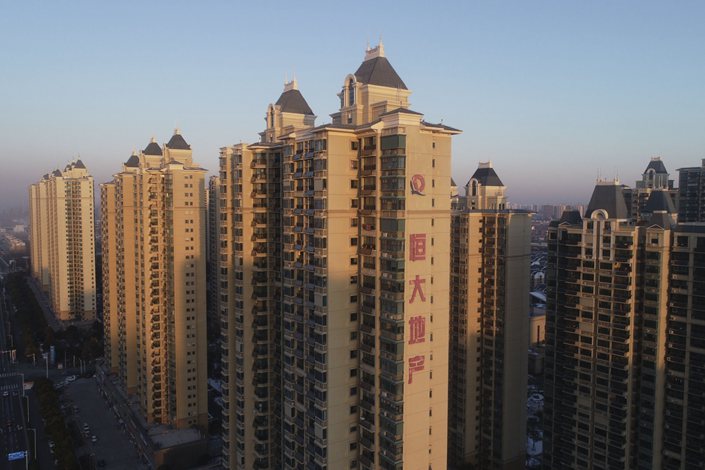 (Bloomberg) — China Evergrande Group kicked off a nationwide sales promotion with its deepest ever discount on all real estate properties, part of the developer’s effort to boost sales and meet its target of cutting debt by half.

The promotion on residential real estate comes with a 30% price cut, according to a statement from the property developer. That’s the heaviest base discount Evergrande has ever offered since it began a signature promotion twice a year in 2011, according to Bloomberg calculations based on previous marketing material.

The sales campaign began Monday and will last until Oct. 8, which marks the end of China’s week-long national holiday. While Evergrande routinely offers discounts during holidays when Chinese tend to shop for apartments, the promotion has also come earlier this year.

Last week, Evergrande vowed to increase sales as part of its efforts to meet an aggressive deleveraging target -- cutting borrowings by about 150 billion yuan ($22 billion) each year from 2020 to 2022, or about half its current debt load. So far it’s fallen short of the pledge. Total debt rose 4% to 835 billion yuan as of June 30, compared with 800 billion yuan at the end of 2019, according to its recent earnings report.

Hui Ka Yan, Chairman of the builder and electric-car wannabe, unveiled a sales target of at least 100 billion yuan for September and October respectively. He announced the plans during an internal meeting at 10 p.m. on Sunday to mobilize staff. He described the monthly goal, which would be the biggest ever among Chinese developers, as a “military order,” according to the company’s statement.

“I would call it neutral or slightly positive, depending on the outcome,” said Zhi Wei Feng, senior credit analyst at Loomis Sayles Investments Asia. “Evegrande needs high asset turnover and needs to act in advance since China is tightening policies again.”

Evergrande’s shares fell as much as 1.7% in Hong Kong trading on Monday. The benchmark Hang Seng Index remained flat.

However, some market watchers are skeptical whether the price cuts will be as deep as described. Local authorities in China usually control housing price through so-called “pre-sales permits,” and may have a say in the final offering price.

“Evergrande likes to use discount marketing strategy,” said Tan Songheng, head of fixed income at Bank of Sanxiang Co. in Hunan province. “Maybe it can first pull up the prices, and then give a 30% discount. Time will test the authenticity of this announcement.”