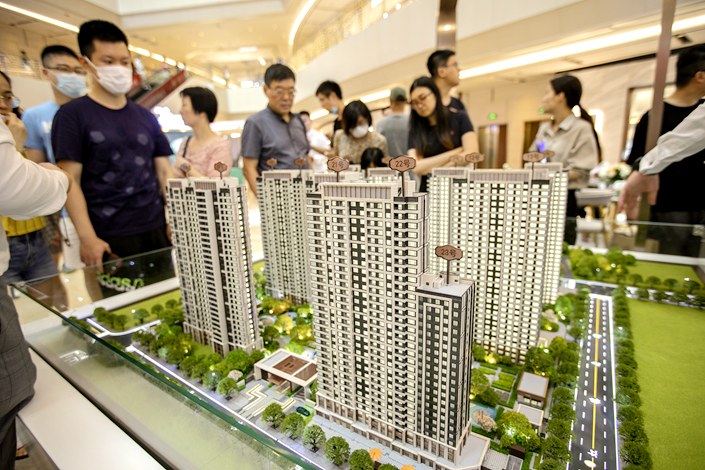 Growth in new home sales sped up last month as the market maintained its recovery from the battering it took during the domestic Covid-19 epidemic in the first quarter, data from a property consultancy show.

China’s housing market has come back strong from the effects of the coronavirus as both real estate sales and investment improved.

In the January-to-July period, investment in real estate development rose 3.4% to 7.5 trillion yuan, 1.5 percentage points higher than that in the first six months, official data show.

Sales benefited from developers’ sales promotions and the fact that regulators didn’t do much to clamp down on the market, according to a note (link in Chinese) by analysts at Citic Securities Co. Ltd. Stable prices also helped unleash demand, they added.

The analysts found that the average price of homes sold by some key developers remained unchanged in August from the same month in 2019.

Li Zhan, chief economist at brokerage Zhongshan Securities Co. Ltd., said in an opinion piece (link in Chinese) that easy credit and the release of pent-up demand were the major reasons for the recent resurgence in the housing market.

Some analysts forecast that home sales would remain strong through the rest of the year. Economic fundamentals are continuing to improve in the lead up to “golden September and silver October” (金九银十), said Yan Yuejin, a researcher at Shanghai-based property research institute E-house China R&D Institute.

The two months are typically a peak season for China’s real estate market. “Home buyers come one after another, especially in the first- and second-tier cities,” Deng Haozhi, a property expert in Guangzhou, South China’s Guangdong province, told Caixin.

That’s partly because more and more people are moving to larger metropolises from smaller third- and fourth-tier cities, he said.

But headwinds still loom as policymakers have vowed to prevent speculation from running rampant in the housing market. Currently, housing and financial regulators are piloting a policy to limit developers’ ability to take on more debt.

The warming of the property market is a trend, but it is worth paying close attention to whether mortgage policies would be tightened, Yan said. Over the past months, several local governments have tightened mortgage rules.