By Yuan Ruiyang and Lu Yutong 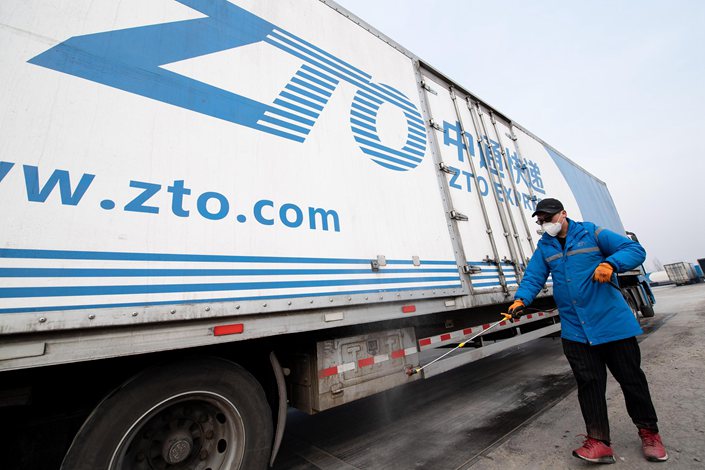 If ZTO and Best end up listing in Hong Kong, they will join a cavalcade of Chinese tech companies that have decided to list their shares closer to home against the backdrop of escalating U.S.-China tensions.

ZTO will likely price its shares lower than those on the NYSE due to the recent fluctuation in its stock and because logistics isn’t an industry that makes investors’ mouths water, one of the sources told Caixin.

If ZTO and Best end up listing in Hong Kong, they will join a cavalcade of Chinese tech companies that have decided to list their shares closer to home against the backdrop of escalating U.S.-China tensions and a spike in domestic operating costs that has squeezed the companies’ profit margins.

Goldman Sachs, who sponsored ZTO’s 2016 IPO in the U.S., will sponsor the secondary listing and be the lead underwriter.

One of the sources said Best is close to making a confidential filing as it eyes its own listing in Hong Kong. They did not provide more details.

Best is in much worse financial shape than ZTO. It hasn’t made a profit since it went public in 2017 and has relied on bond issuances to keep running.

Best recorded a net loss of 30.9 million yuan even though it has 10.7% of the domestic express delivery market. Its debt-to-asset ratio was 84% on June 30, up from 80% on March 30. In the second quarter, it took out a 276 million yuan long-term bank loan and issued 1.07 billion yuan in convertible bonds.

In May, Best issued a $150 million convertible bond. Alibaba, which owns a stake in Best, subscribed to two-thirds of it.

If the two companies perform well in Hong Kong, SF Express, another Chinese logistics giant, may follow suit and seek a secondary listing in the Asian financial hub, the source said.