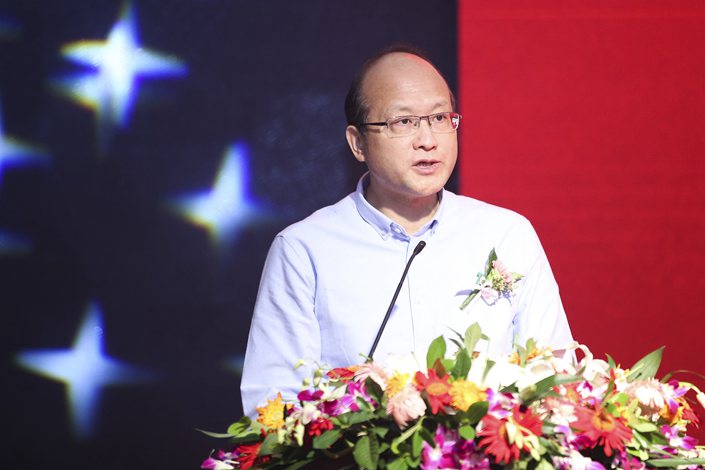 Zhang Xiong will be the next CEO of the CBA.

The operator of China’s top-flight basketball league has appointed Zhang Xiong as its new CEO, nearly two months after the departure of the first person to fill the role.

The choice was made by Chinese basketball legend and NBA veteran Yao Ming, chairman of Chinese Basketball Association League Sports Co. Ltd., according to a statement issued by the state-backed company.

Zhang joined the Chinese Basketball Association (CBA) in 2017, shortly after the operator was formed in late 2016, and has been both general manager for competition and president of games operations. Prior to joining the CBA, Zhang held a variety of government roles at the General Administration of Sports’ basketball department.

“Zhang’s years of management experience on the basketball court and influence in pushing for the professionalization and marketization of the CBA” make him the ideal candidate for the job, the company said. “We hope he could lead the league to grow into the most popular sports gaming brand favored by Chinese people.”

The previous CEO, Wang Dawei, left the position on July 18 citing unexplained “personal reasons” after just one year in the role.

During his tenure, Wang imposed a salary cap on players, reformed referee training and supervision, and established a five-year partnership with China Mobile Ltd., one of the country’s biggest mobile telecom operators, to broadcast games via 5G.

Wang worked for over a decade at the Chinese arm of the NBA before taking on roles at the CBA including senior vice president and chief marketing officer.

Chinese Basketball Association League Sports first began operating the CBA in the 2017 to 2018 season. Prior to that, the league had been operated by the General Administration of Sports since its establishment in the mid-1990s. The company is now pushing a “CBA 2.0” plan that aims to shake up the league’s game rules, tournament schedules, branding and generally make the league more market-oriented.

The latest CBA season resumed on June 20 after being suspended for several months due to the coronavirus outbreak, making it the first Chinese sports league to restart play in the wake of the epidemic. It concluded on Aug. 15, with the Guangdong Southern Tigers besting the Liaoning Flying Leopards to clinch their 10th championship win.