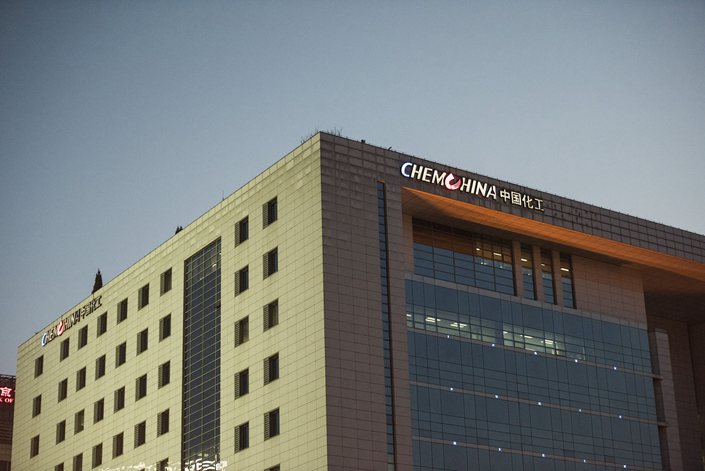 A general view shows a building of the China National Chemical Corp., also known as ChemChina, in Beijing. Photo: Bloomberg

(Bloomberg) — A fund manager at a $51 billion asset management firm has been cutting exposure to debts of Chinese state-linked borrowers, citing heightened risk of U.S. sanctions ahead of the elections.

“I’ve been reducing some of my Chinese quasi-sovereign risk,” said Vikram Aggarwal, fund manager, fixed income at Jupiter Asset Management Ltd., with more than 39.2 billion pounds ($51 billion) of assets under management as of the end of June. “It’s very hard to say what names they will sanction. It’s a complete black box.”

Aggarwal joins a growing number of investors that are bracing for volatility in the run-up to the U.S. presidential election in November. With tensions between Washington and Beijing escalating, a growing suite of Chinese companies from tech giant Tencent Holdings Ltd. to ByteDance Ltd.’s TikTok have found themselves caught in the cross-hairs.

In July, the U.S. sanctioned a Chinese government entity and four current or former government officials in connection with rights abuses against ethnic minorities in the Xinjiang region.

The U.S. Department of Defense added 11 companies, including state-owned chemical giant China National Chemical Corp. to a list of firms which it claimed have links to the Chinese military in late August. Earlier this month, JPMorgan Chase & Co. downgraded its recommendation on ChemChina’s dollar bonds to “underweight,” citing concern of a “technical overhang” for the notes.

For Aggarwal, who manages the Jupiter Global Sovereign Opportunities Fund, the risk of investing in China government-linked firms outweighs the rewards.

Spreads on a lot of Chinese quasi-sovereign investment-grade bonds are “pretty tight” and “not fully reflecting the sanctions risks,” he said.

For example, spreads on ChemChina’s 2027 dollar bonds have slumped around 248 basis points since their peak in March, and are close to the tightest level in six months, according to Bloomberg-compiled data.