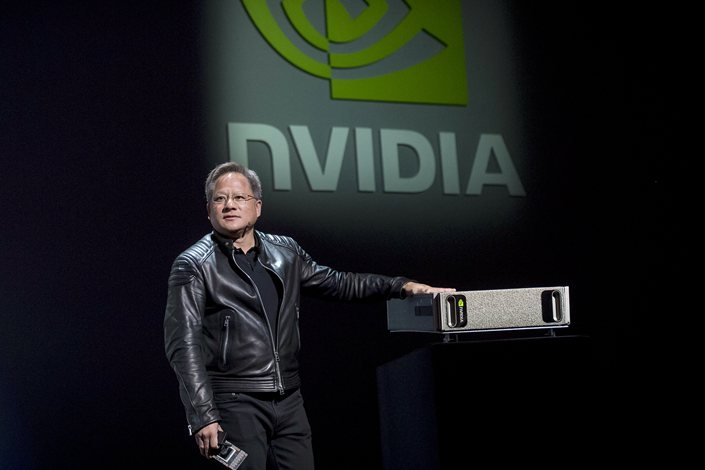 Nvidia Corp. is confident of getting regulatory approvals for its $40 billion deal to buy U.K.-based chip designer Arm Ltd. from Japanese SoftBank Group Corp., founder Jensen Huang said in a conference call Monday, despite the white-hot tech battle between the U.S. and China casting doubts on the deal.

Nvidia and SoftBank announced the blockbuster acquisition in identical statements on Sunday and Monday in what would be the largest semiconductor deal in history.

The move will unite Nvidia, whose chips are widely used to support graphics and artificial intelligence applications, with Arm, designer of an architecture used in chips in most mobile phones, including Android and Apple, to create “the leading computing company for the age of AI”, Jensen said in an open letter.

While the deal still awaits regulatory approval from governments in the U.K., China, the EU and the U.S., the two companies expect it to be completed within 18 months.

Nvidia appears to be confident of getting green lights from the relevant regulatory bodies, including China’s, as Huang, also the company’s CEO, said at a conference call Monday. “The regulators love to see pro-competitive dynamics in the marketplace, and we are pro-customer, pro-competition, (so) the regulators should be very supportive of it.”

The Cambridge-headquartered Arm is the main supplier of chipsets for many smartphone-makers and AI firms in China, but the country’s government has been pouring money into the domestic chip sector in the hope of creating its own chipmakers that can rival foreign competitors.

Amid the intensified geopolitical tensions between Beijing and Washington, the potential ownership of Arm by the U.S.-based Nvidia is likely to give an edge to Washington, placing Beijing at a disadvantage if it were to step up export restrictions on Arm’s business with China.

Simon Segars, CEO of Arm, downplayed the possibility of regulatory hurdles targeting the company’s export to Chinese companies. “The company’s ownership of the IP is not the relevant issue, the origin of the IP is the relevant factor in export control,” he said “The fact that now Arm belongs to an American company versus a Japanese company, that doesn’t change the export control in any way.”

However an expert at a major Chinese investment firm that specializes in the chip sector told Caixin it is unlikely China will agree to the deal, “as many of China’s homemade chips are designed based on Arm’s architecture, (so) it brings great uncertainty (for China) if Arm is to sold to the U.S.”

Among opponents of the deal is Hermann Hauser, co-founder of Arm, who appealed for the acquisition to be stopped in an open letter to the British government, citing job losses, business neutrality and national economic sovereignty.

“As the American president has weaponized technology dominance in his trade war with China, the U.K. will become collateral damage unless it has its own trade weapons to bargain with,” Hauser said, adding to concerns that Nvidia would restrict Arm from doing business with its competitors in the semiconductor industry.

In the letter, Hauser said the sale of the chipmaker to an American technology firm could result in key decisions about its chip business being “made in the White House and not in Downing Street.” He called on the U.K. government to enforce legally binding pledges with Nvidia.

These would include job guarantees for Arm’s U.K. employees, and provisions against Nvidia gaining preferential treatment over other licensees. He also called for an exemption from control of the U.S. Office of Foreign Assets Control (OFAC) to protect Arm’s global market, including China.

Nvidia successfully acquired Mellanox in April after getting approval from China’s State Administration for Market Regulation. This boosted Jensen’s confidence that Arm would win support from the Chinese market regulator, as he said on Monday’s conference call.

But his confidence is not widely shared, as Gu Wenjun, a chief analyst at chip consultancy firm ICWise said, believing the reasons to shut down the deal outweighed those supporting it.