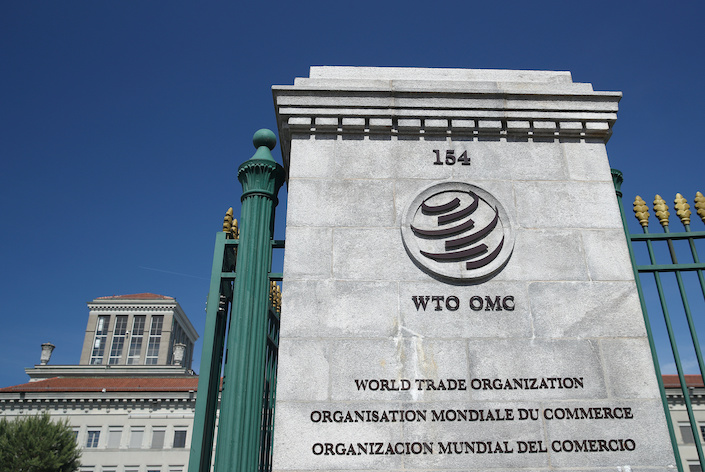 The headquarters of the World Trade Organization in Geneva.

The ruling relates to tariffs the Trump administration imposed on $34 billion a year of Chinese goods in June 2018 and $200 billion of goods in September 2018, part of a long-running trade war with China pursued by President Donald Trump. China filed a complaint with the global trade body arguing that Trump broke WTO rules because of the way the administration singled out China.

In theory, the ruling could allow China to impose retaliatory tariffs on U.S. goods, and the U.S. could appeal the decision in the next 60 days. But the WTO’s appeals court is no longer functioning because the Trump administration refused to appoint new members to the WTO’s appellate body.

A spokesperson at the Chinese Ministry of Commerce said China applauded the “objective and fair” ruling and called on the U.S. to respect it.

China criticized the American tariffs as mistakes of “unilateralism and trade protectionism” and described the WTO as the “core of the multilateral trading system which forms the cornerstone of multilateral trade.”

The Trump administration said the tariffs were authorized under Section 301 of the American Trade Act of 1974, which empowers the president to levy tariffs and other import restrictions whenever a foreign country engages in unfair trade practices that affect U.S. commerce. The Trump administration asserted that the tariffs were necessary to confront China’s widespread violations of intellectual property rights and forced technology-transfer policies.

“The United States must be allowed to defend itself against unfair trade practices, and the Trump administration will not let China use the WTO to take advantage of American workers, businesses, farmers and ranchers,” Lighthizer said in a statement.

1
Huawei’s Day of Reckoning Could Arrive Next Week