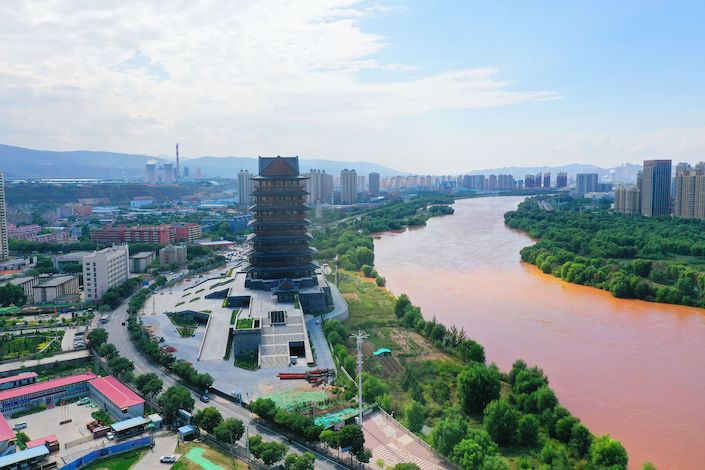 Lanzhou is the capital of Gansu province in Northwest China, with a population of 2.89 million.

The confirmation came eight months after authorities first acknowledged the leak in December and days after a Caixin report exposed that lack of formal diagnoses caused thousands of infected patients to miss a window for the most effective treatment, leaving them with a hard-to-cure chronic condition that requires long-term medication.

Lanzhou health authorities promised Tuesday to monitor compensation work by the biopharmaceutical plant, which will start next month in batches. Details of compensation have not been disclosed.

In a statement issued Tuesday, China Animal Husbandry said the amount of compensation has not yet been determined. The parent company said it will urge the Lanzhou factory to implement compensation on time and in full amounts according to relevant laws and regulations. The company warned investors of risks as the impact of the matter is uncertain.

The Lanzhou plant is a major animal vaccine manufacturer designated by the Ministry of Agriculture. Local health authorities said in December that the factory used expired sanitizers while producing Brucella vaccines between July 24 and Aug. 20. This resulted in the bacteria entering the factory’s exhaust and infecting staff members and students at the nearby Lanzhou Veterinary Research Institute, officials said.

But a Caixin investigation found that the leak’s effects went far beyond what authorities disclosed in December. By the end of February, more 3,000 people tested positive for brucellosis antibodies covering almost all age groups, including 213 from the Veterinary Research Institute, eight from the Lanzhou Biopharmaceutical Plant, more than 2,500 residents of nearby neighborhoods and more than 150 people in farther areas.

Brucellosis commonly occurs among sheep, cattle, goats, pigs and dogs. Humans can contract the disease through close contact with infected animal tissue or through ingestion of unpasteurized dairy products from infected animals.

Chronic brucellosis is especially hard to cure and causes a general lack of energy and a persistent feverish state. Symptoms can last months or even years and can damage human fertility, although the disease is rarely deadly. China lists brucellosis as a class II infectious disease along with AIDS and SARS.

Local officials said in December that the leak contained low levels of bacteria that wouldn’t damage people’s health and that those who tested positive without symptoms didn’t need medical treatment.

Since July, local health authorities have conducted repeat tests on those who previously tested positive for brucellosis antibodies. As of Monday, 2,773 people were retested, authorities said Tuesday. The results of the latest tests were not disclosed, and none of the residents received the test results, according to Caixin interviews.

The parent company issued an apology letter on its official website in February and announced internal punishment of eight persons responsible for the leak. The head of the factory was given a disciplinary warning, and the deputy chief was removed. But none of them has been held legally responsible for the incident. Some residents complained that the punishments were too lenient.

“In such a major public health accident, why is the company not severely punished and the person responsible not be held legally responsible?” asked one resident.

China Animal Husbandry said in January that the closure of the brucellosis vaccine production line wouldn’t have a materially adverse effect on the company’s operations and financial results as brucellosis vaccine sales were about 918 million yuan in 2018, accounting for less than 2% of the Lanzhou factory’s revenue and 0.21% of the parent company’s total revenue.