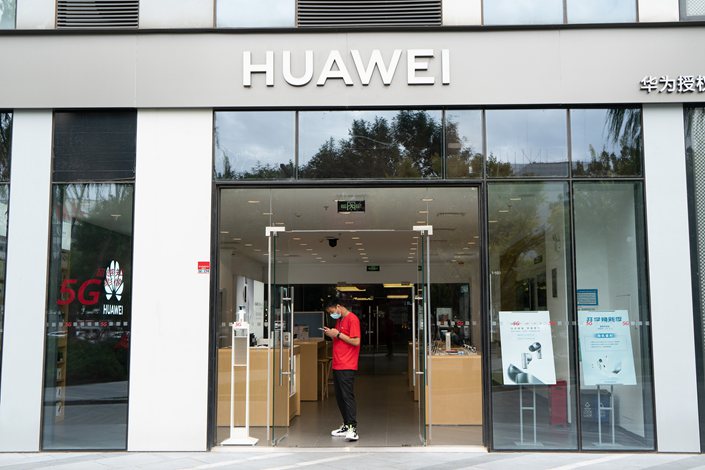 No company had announced that its application was successful as of Wednesday afternoon Beijing time.

Multiple suppliers of Huawei Technologies Co. Ltd. have sought exemptions to Washington’s latest sanctions that would allow them to continue selling products to the Chinese telecom-gear giant.

New Commerce Department rules that came into force Tuesday forbid any firm whose production process involves any American technology from supplying Huawei with products — including critical chipsets — unless they obtain a license.

No company had announced that its application was successful as of Wednesday afternoon Beijing time.

The rules are the latest and harshest step in a U.S. campaign against Huawei. When the U.S. fired its first salvo against the Chinese company last May, only U.S.-based companies were required to get government licenses to supply Huawei.

The U.S. government has since expanded the scope of the policy to cover non-American companies, announcing a set of rules in May that banned unlicensed companies from using U.S. technology to make chips for the Chinese company based on its designs, which affected suppliers such as Taiwan Semiconductor Manufacturing Co.

However, on Aug. 17, Washington announced rules that further tightened Huawei’s access to chips, which some analysts said could deal a killing blow to the Chinese company. Under the latest rules, any company in the world that uses of U.S. technology, including those based on the Chinese mainland, would need a U.S. license to supply Huawei.

The latest rules have crushed Huawei’s hopes that it could continue to procure off-the-shelf chips from third party companies like MediaTek, which was allowed under May’s rules.

MediaTek, which counts Huawei as one of its largest clients, applied to continue doing business with the Chinese firm late last month, shortly after the announcement of the latest rules, a company spokesperson told Caixin at the time.

Last week, Miin Wu, chairman of Macronix, which supplies memory chips to Huawei, its third largest client, announced that it had made a similar application. However, Wu said he thought there was little chance that the company’s application would be approved by the U.S. government before the country’s general election in November.

In recent months, Huawei’s suppliers have scrambled to fill its orders, leading to many of them recording a sales spike in the period. TSMC and MediaTek, for example, saw revenue grow 26% and 31% respectively during the period from June to August.