Opinion: Beijing Should Relax Capital Controls to Internationalize the Yuan 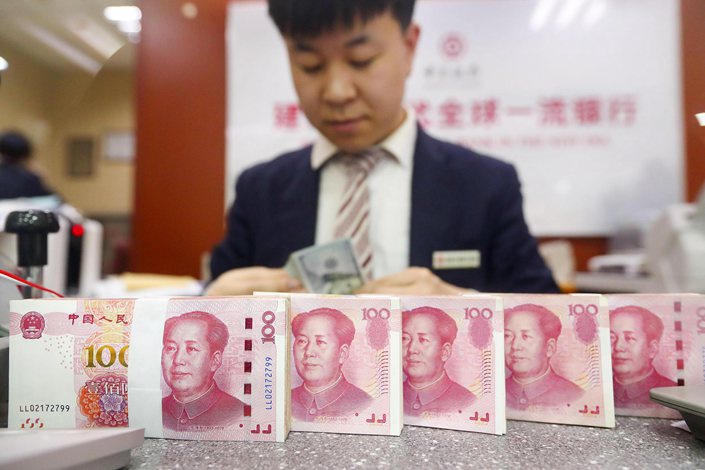 Joel A. Gallo is CEO of Columbia China League Business Advisory Co., a Guangzhou-based management consulting firm, and a former executive at Deloitte, E&Y, PwC, and EMC Corp. This is a two-part analysis on the yuan’s internationalization. Read first part here.

What actions can China take to internationalize the yuan? The sobering reality is that there is little Beijing can do in the short-term to throw off the dollar’s yoke. True change will require consistent application of audacious, yet to be attempted policies over the long-term. The first and simplest step is to continue with the reform and opening of the banking, brokerage and asset management sectors, making it easier to attract foreign participation.

Noticeable traction has been achieved over the past year as a number of foreign financial institutions, including JP Morgan and Morgan Stanley, are on their way to becoming majority stakeholders in their local joint ventures or taking full control. Other institutions not present in the Chinese market have expressed interest in establishing a beachhead.

Second, accelerate reforms of the capital markets to make them deeper and more liquid to attract foreign investors. Greater participation from institutional players improves price discovery and transparency, boosting a market’s breadth and depth. Special consideration should be given to the bond market, which is experiencing its own teething pains. Liquidity for corporate notes and government paper is thin. Introduction of derivative products to meet hedging needs of institutional investors is key, especially for firms who hold portfolios with long-dated maturities, such as insurance companies and pension funds.

Improved methodologies by local credit rating agencies — which have been too liberal in assigning undeserved high credit worthiness while struggling to differentiate between credit profiles of firms — will address lingering trust issues. Allowing S&P, Fitch and others to enter the credit rating game is a welcome development. The tandem of increased foreign investors and modernization of the capital markets can set the stage for global usage of the yuan.

Third, harness China’s rapid move to a cashless economy and dominance in fintech to accelerate the introduction of the digital yuan. Early adoption of the digital yuan provides first mover advantage by sharing technical expertise with other nations building their own digital currencies and allows for setting standards others may copy.

By doing so, China may have an opportunity to create a new payment infrastructure with the digital yuan at the core. Conceivably, a peer-to-peer network between central banks could be established, cutting out other financial intermediaries and reducing friction in the payment process. An obvious candidate would be for Beijing to combine its digital currency as part of the Cross-border Interbank Payment System (CIPS), which can be rolled out to other nations participating in the Belt and Road Initiative.

Fourth, use the Hainan Free Trade Port, as a proving ground for testing capital control reform. Establish a ringfence around the island’s financial transactions for relaxing of administrative and disclosure requirements when transferring funds to other countries and easing restrictions on corporates for issuing bonds denominated in foreign currency. Hainan’s relative isolation provides a controlled environment that could be a litmus test on a small scale for determining the effectiveness of looser financial restrictions and lessons for deployment to the rest of the mainland.

China’s capital controls buffer the economy against volatility, lessons solemnly impressed during the Asian Financial Crisis by neighbors who opened their capital accounts resulting in economic disaster. Working at a global asset manager in 1997 and 1998, I was part of a team of portfolio managers, traders and investment operations executives attempting to repatriate our investment gains as Asian currencies succumbed to market forces.

Malaysia who implemented some of the strictest capital controls posed a vexing problem for us. Its unorthodox measures (compared to its neighbors), helped the country ride out the storm better than most but at a cost — the economy took a hit and investor confidence was severely dented for years to come.

After China devalued the yuan in August 2015, it was obligated to harden capital controls to avoid capital flight. The policy was effective in stemming capital outflow but at a price— confidence in the yuan eroded and the market expectation for capital reforms took a nosedive. Financial controls, if excessively tightened will reduce the yuan’s luster as a medium of exchange and store of value. Over the long haul, the application of capital controls is incongruous with the goal of the yuan becoming a widely-accepted reserve currency.

Difficult compromises will need to be fashioned for implementing an appropriate policy response without endangering the stability of a harmonious society and control of the Chinese economic model. Faced with an unstable geopolitical reality abroad — talk of the nuclear option, coupled with China’s own internal factors for internationalizing the yuan, and Beijing may no longer be able to solely dictate the timeframe for capital control reforms. Buffeted by strong headwinds, in time, the call for acting bolder will take on greater urgency.