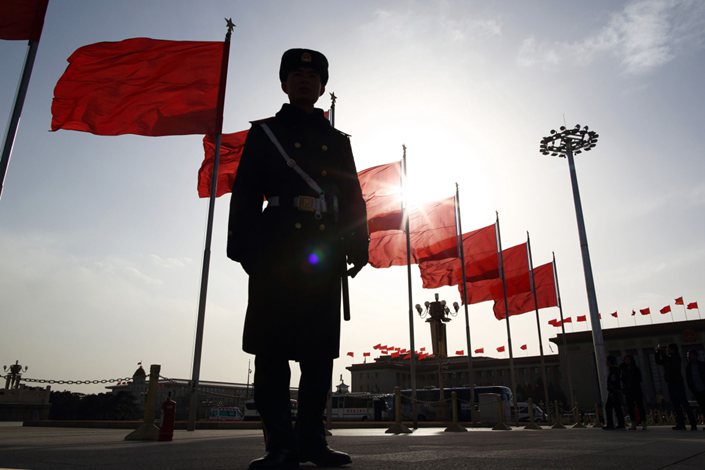 (Bloomberg) — China revealed how it will manage the so-called “unreliable entity list” that aims to punish firms, organizations or individuals that damage national security, but didn’t announce details of who is on the list.

Penalties including restricting trade, investment and visas will be imposed on any company, country, group or person that appears on its “unreliable entity list,” the Ministry of Commerce said on its website on Saturday.

The list will contain names of entities that pose a threat or potential threat to China’s sovereignty, national security, development and business interests; and those that discriminate against or harm Chinese businesses, organizations or individuals, according to the guidelines.

The new policies for punishing those on the list took effect Saturday, and include bans on investment, restrictions of work and residence permits, and in some cases fines. Violators may be given a grace period to rectify their transgressions, and can apply to be removed from the list.

China first announced it was drawing up the list in mid-2019 at the height of the trade war with the U.S. Saturday’s announcement comes as Chinese apps Tiktok and WeChat face a looming ban in the U.S., making them unavailable for download and prohibiting transactions within the U.S.

In a separate statement Saturday, China’s Ministry of Commerce condemned the move against WeChat and TikTok, saying that it would take “necessary measures” to protect the legal interests of Chinese firms, without elaborating.