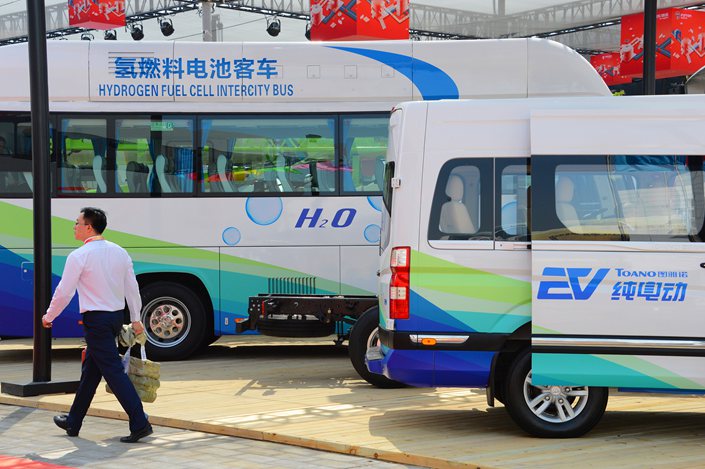 “We’ll create a cleaner and smarter auto industry,” Yang Liqiong, deputy director of the Chongqing Economic and Information Technology Commission, told reporters, adding that the city would “establish a hydrogen-power corridor with Chengdu” through the joint application.

Under the program announced Monday to replace the old system of sales incentives, the government will designate certain municipalities as “model cities” and provide them with funding for local developers of fuel cell vehicle technology. The shift in strategy aims to give China a boost in the global race toward commercialization.

Chongqing is a production hub for the auto industry as well as home to state-owned Chongqing Changan Automobile, which has established joint ventures with such partners as Ford Motor. The city will partner with universities and research organizations in fields including autos and chemicals to draw up plans for a supply chain for fuel cell vehicles, in hopes of winning “model city” status.

With other cities including Beijing, Shanghai and Foshan also working to cultivate local development of fuel cell vehicles, the government hopes that competition for the new subsidy will encourage wider adoption of the technology.