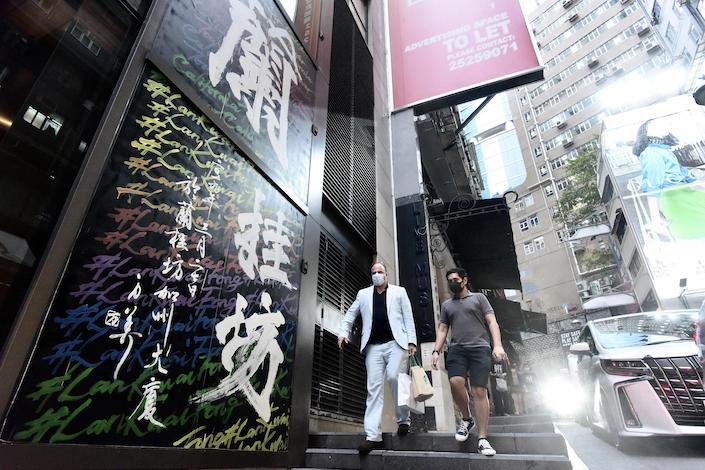 Researchers found evidence of multiple superspreading events of Covid-19 infections in Hong Kong, suggesting that timely identification of superspreaders may be a key to stopping a second wave of the coronavirus pandemic.

While there is no universally accepted definition of a superspreading event, it usually refers to an incident in which one person passes the virus to at least six others. Superspreading events pose considerable challenges for Covid-19 control as they can quickly overwhelm contact tracing capacity. Although most infected persons will generate few or no secondary infections, a small fraction can generate many infections, according to researchers led by the University of Hong Kong’s Peng Wu.

Peng, an assistant professor in the university’s school of public health, and her team analyzed more than 1,000 coronavirus infections in Hong Kong from late January to late April and published the findings in Nature Med. They found that 19% of cases were responsible for 80% of all transmissions in Hong Kong, while 69% of cases did not infect anyone. Among the 1,038 infections in the study, 533 were associated with at least one of 137 clusters.

The largest cluster, which led to 106 cases, was traced back to musicians who performed at four Hong Kong bars, but the original source could not be determined. In this cluster event, 39 customers, 20 staff and 14 musicians were directly infected, and 33 secondary, tertiary or quaternary infections among family, work or social contacts were traced to the primary cases.

The second-largest cluster, which led to 22 infections, was linked to a wedding. An additional 19 cases were linked to a temple, where a monk who had no symptoms was believed to be the source of some of the infections.

The researchers suggested that public health authorities should focus on rapidly tracing and quarantining contacts, along with implementing restrictions targeting social clustering to reduce the risk of superspreading events.

In the U.S., a February conference in Boston and a funeral in Georgia were among several superspreading events that played a notable role in the early U.S. spread of Covid-19, according to a report by the Centers for Disease Control and Prevention (CDC).

The Hong Kong analysis studied a key value called the dispersion factor, or “k,” a number that describes how much a disease clusters. A small k value means that a relatively small number of cases are responsible for transmissions, while a larger k indicates that transmissions are more evenly spread.

In the study, the value for k was found to be 0.45, higher than that of SARS or MERS — two previous viral outbreaks that featured superspreading — but much lower than that of the 1918 flu pandemic. A recent study by the U.S. CDC also found that superspreading events in Covid-19 transmission appeared more often than in influenza.

However, the superspreading characteristic of the Covid-19 virus could also be advantageous to disease control efforts if interventions can effectively target the core high-risk groups or settings, such as bars, weddings, religious sites and restaurants, Wu and her colleagues said in the paper.