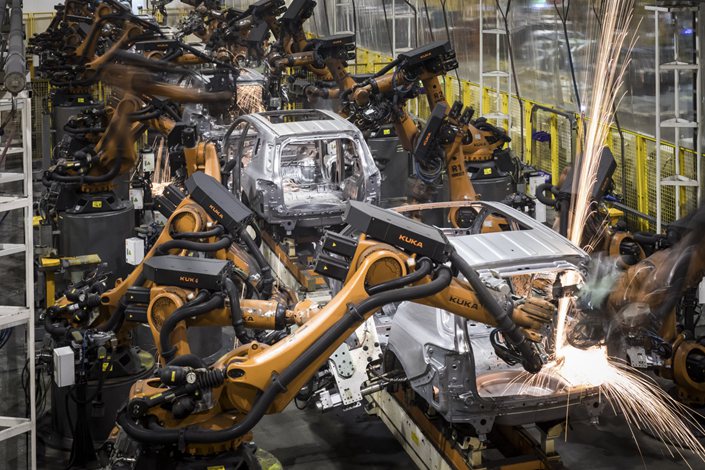 Robots work in the welding workshop at the Trumpchi Brand assembly line of Guangzhou Automobiles Corp. in Guangzhou on Nov. 1 2017. Photo: Bloomberg

(Bloomberg) — The number of robots operating on Chinese factory floors rose 21% last year as the world’s manufacturing powerhouse extended its lead in automation.

China added 140,500 new robots and now holds almost one-third of the global stock, according to a new report published Thursday by World Robotics. The U.S. posted an increase of 33,300 or 7% and ranks fourth behind two other Asian economies, Japan and South Korea.

The top five countries hold almost two-thirds of the market. In China, 71% of new robots were shipped in from foreign suppliers.

“The stock of industrial robots operating in factories around the world today marks the highest level in history,” says Milton Guerry, president of the International Federation of Robotics.

The U.K. lags all major economies in robot usage. In 2019, only 2,000 units were installed -- about one-tenth the number in Germany and one-third that of France.