Tesla Sues to Block Trump Tariffs on Imports From China 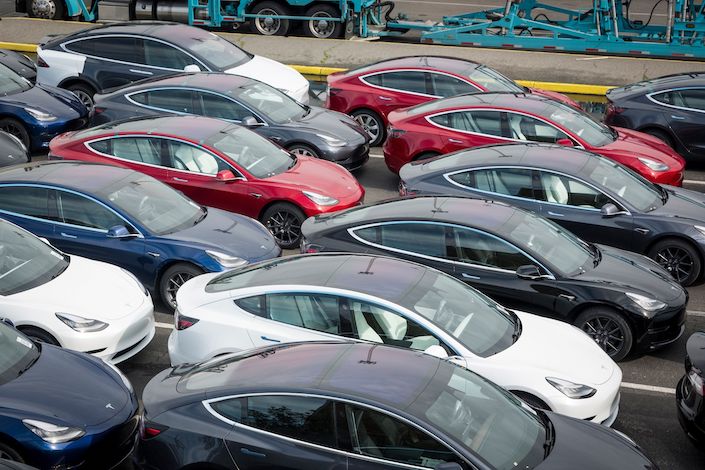 Tesla Inc. vehicles sit in a parking lot before being shipped from the Port of San Francisco in San Francisco

(Bloomberg) — Tesla Inc. sued to block the Trump Administration from collecting tariffs on parts the electric-car maker imports from China.

Tesla filed the suit Monday in the U.S. Court of International Trade in New York, seeking an order declaring the duties unlawful and a refund, with interest, of amounts it has already paid.

The company is challenging actions by U.S. Trade Representative Robert Lighthizer, who is named as a defendant in the case.

Lighthizer’s office last year denied Tesla’s bid to be exempted from tariffs of 25% on the Chinese-made computer and display screens it uses in its Model 3 electric car. At the time, Tesla complained that the increased costs imposed by the tariffs would cause it economic harm. In 2018, the company estimated that increased tariffs on parts from China would cut gross profit by $50 million in the fourth quarter of the year.

The Trump administration’s expansion of tariffs on imports from China, under Section 301 of the Trade Act of 1974, has drawn hundreds of suits in the Court of International Trade.