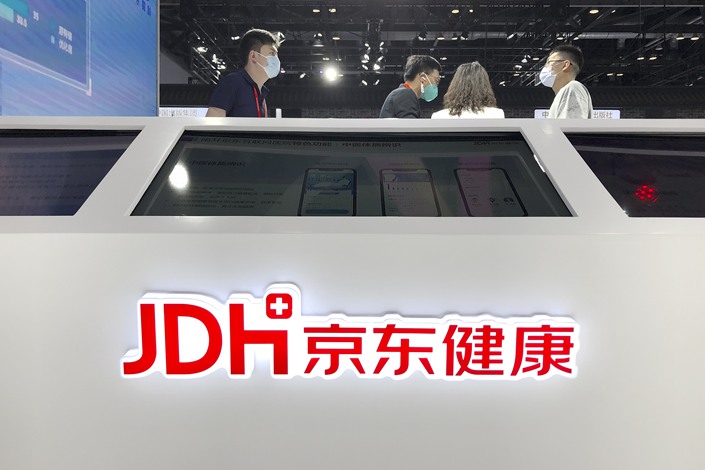 Online health products and services provider JD Health International Inc. has made its first public filing for a Hong Kong listing, becoming the latest in a flurry of assets being spun off for separate listings by e-commerce giant JD.com Inc.

The company didn’t disclose any fundraising targets for the listing in the prospectus filed on Sunday. But a knowledgeable source told Caixin the amount would be between $1 billion and $2 billion. Such a listing would come just over a month after JD Health picked up $940 million in its latest fundraising, which valued the company at about $18.6 billion.

JD Health is among a growing field of online medical specialists, many of which have fared well during China’s Covid-19 outbreak as people stayed home, buying drugs and seeking medical advice online to avoid risk of infection. Unlike players like Ping An Good Doctor that focus more on services with razor thin margins that make it difficult to earn profits, JD Health focuses on more profitable online drug sales.

The company’s CEO Xin Lijun said in previous media interviews that his company sees health-related services as a way to attract users to its platform to buy its other products. But the company’s prospectus also noted that revenue from such services is very small.

The company’s overall revenue jumped 76% to 8.8 billion yuan in the first half of this year, its prospectus showed. It fell deeply into the red for the period with a loss of 5.4 billion yuan, though much of that was due to a 5.7 billion yuan deduction related to fair value changes for its convertible preferred shares. Excluding that deduction and other costs such as share-based payment expenses, the company reported an adjusted profit of 371 million yuan in the first half of 2020, up 46% year-on-year.

JD Health was the largest online drug seller in China last year, according to market research firm Frost & Sullivan, with about 72.5 million annual active users. The company currently derives the lion’s share of its money from online drug sales, which brought in 7.7 billion yuan in revenue in the first half of the year or 88% of its total. Its remaining revenue comes from services, including advertising.

JD.com holds 81% of JD Health’s shares, with Hillhouse Capital and Baring Private Equity as its second and third largest stakeholders with 4.5% and 3.16%, respectively.

JD Health will become the latest JD.com unit spun off this year for a separate listing. The company’s fintech arm Jingdong Digits Technology Holding Co. Ltd. filed an application earlier this month to list on Shanghai’s Nasdaq-style STAR Market. And in June, its grocery delivery operation Dada Nexus Ltd. made an IPO in New York.