Opinion: It’s No Surprise China Is Flexing Its Muscles on Regulating Shipping Capacity 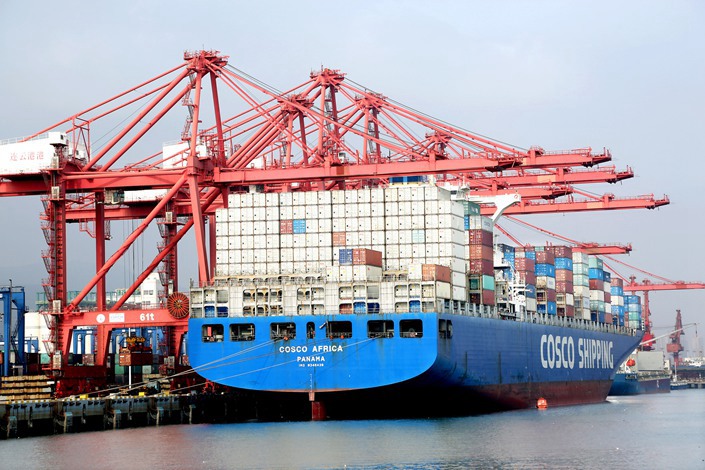 The move by Chinese authorities to suggest that container lines add capacity on the trans-Pacific trade and less aggressively increase rates is an escalation of past efforts to influence commercial behavior to protect the competitiveness of Chinese exporters.

Non-Chinese carriers in the early 1990s, for example, weren’t allowed to start new services without an onerous process of setting up a shipping agent in the country. And authorities in the late 1990s resisted carriers’ efforts to impose terminal handling charges, with the Ministry of Commerce digging in its heels before ultimately relenting to the fees.

For so-called old China hands, the Ministry of Transportation and Communication’s (MOT) Sept. 11 summoning of carriers in Shanghai to instruct them to add capacity hardly comes as a surprise. Time and again, when shipping rates spike and capacity becomes tight, shippers complain to regulators and carriers get called on the carpet.

This time around, hit by a drop in global demand for their exports and increased sourcing competition in Southeast Asia, Chinese shippers now face record-high container spot rates to the U.S. West Coast, with the cost of shipping an 40-foot container up more than 160% from a year ago, at more than $3,800, according to the Shanghai Containerized Freight Index.

That it was the MOT — and not the anti-monopoly bureau at the Ministry of Commerce (MOFCOM) — that called carriers into the Shanghai meeting reflects China’s relatively new approach, just a decade old, to antitrust concerns relating to container shipping, according to a maritime trade attorney who asked not to be identified. It was MOFCOM, for example, that blocked the proposed vessel-sharing agreement between the proposed P3 alliance of Mediterranean Shipping Co., Maersk Line, and CMA CGM in 2014.

China can swiftly have an impact on the market when it sees its interests threatened. Comparatively, the European Union’s toughest regulatory tool in the form of the block exemption of consortia will last another five years after authorities declined to impose additional requirements last fall. The U.S. Federal Maritime Commission monitors rates, but doesn’t regulate them, and has approved every proposed vessel-sharing agreement, including the P3. Five days after Chinese regulators met with carriers, the FMC told carriers it was closely monitoring how they managed capacity.

Under the U.S. Shipping Act of 1984, container shipping alliances are allowed to blank sailings as long as it is done to adjust capacity to match lower volumes and they do not cause an unreasonable reduction in transportation services or unreasonable increase in costs. The rapid decline in U.S. imports from Asia in March, April, and May, which spurred container lines to cut capacity, makes it difficult to determine what constitutes an “unreasonable” increase in transport costs or decrease in service levels, FMC commissioner Dan Maffei said in July.

Container lines publicly and privately stress that they’ve adjusted capacity to match volume forecasts from cargo owners and forwarders. But the surge in import demand that began in June has confounded economists and shippers alike, and uncertainty over future demand makes carriers reluctant to add capacity for volumes that might not be there in months.

Yet, elevated spot rates, along with additional surcharges to ensure cargo is lifted onto ships as booked, are frustrating shippers and forwarders, who question why prices need to be so high when carriers could still turn a profit with much cheaper rates.

Cosco Shipping and OOCL, controlled by a Chinese government-backed holding company, suspended their planned general rate increases for Sept. 15. Other major carriers reduced their own rate increases and are adding more capacity, although, how much of the latter is due to regulatory pressure opposed to increased demand is unclear. Expect container lines to walk the thin line between retaining their newfound capacity discipline, which drove the most profitable second quarter since 2010, according to Sea-Intelligence Maritime Analysis, and not drawing the ire of Chinese regulators. There appear to be external limits to freight capacity management.