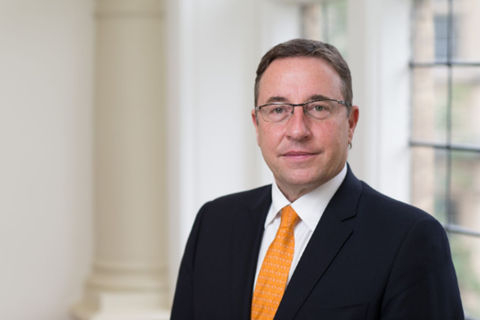 Governments and technology companies should join hands to increase investment in digital infrastructure to help improve internet access in poor areas and prevent the pandemic from widening inequality, said Achim Steiner, under secretary-general of the United Nations, in an interview with Caixin.

“Governments will have to focus on a dual strategy: [Controlling] the virus, and [taking] the measures that can be taken while we wait for a vaccine,” said Steiner, a German who is also administrator of the U.N. Development Programme (UNDP). “At the same time, enormous efforts need to be directed toward managing what is an increasingly longer-term set of impacts, and here, focusing on the most vulnerable.”

The U.N. issued a report in August titled, “People’s Money: Harnessing Digitalization to Finance a Sustainable Future.” The report encourages the digital finance companies that have emerged in recent years to provide people with methods to invest their savings in projects that support the U.N. Sustainable Development Goals.

Steiner said he thinks the world is witnessing an economic "free fall” in parts of the world, such as on the African continent, as a consequence of efforts to control the pandemic.

He suggested that in the short term, governments should consider various fiscal measures to stabilize household incomes and help small and medium-sized enterprises (SMEs) so that they can quickly embark on the road to recovery.

However, Steiner said he thinks that in the long run, the digital divide could lead to more inequality this century.

“Without heavy investment in network construction during the pandemic, the digital gap in various regions will only widen,” he said.

Steiner also said he hopes that technology companies can invest in renewable and clean energy infrastructure in Africa and other places, reducing poverty by providing electricity and internet access. This year, there are still about 600 million African citizens living without electricity, and most of those without access to electricity are among the poorest, he said.

"I have to say, I feel we are far from where we need to be,” Steiner said. “There is still too much complacency, too much inertia, and the lack of realization that this generation still has an option to decide what to do. The next generation will no longer have that."

Steiner began a four-year term as Administrator of UNDP in 2017. He previously served as the Executive Director of the United Nations Environment Programme from 2006 to 2016.