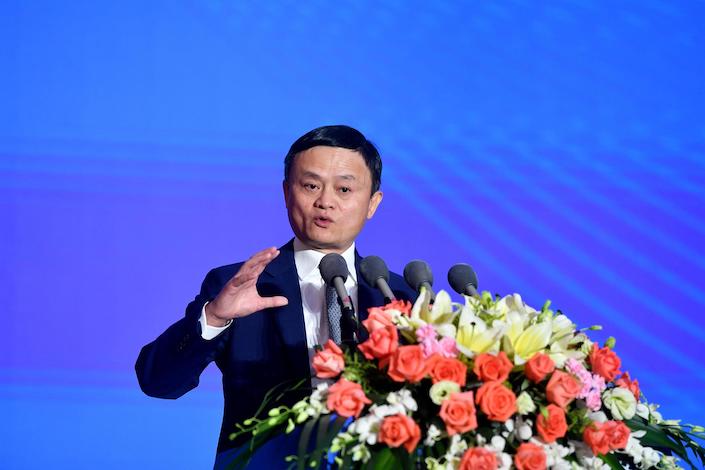 Alibaba Group Holding’s founder Jack Ma is leaving the board of the giant e-commerce company after stepping down as executive chairman a year ago.

Ma was not listed in the new board disclosed Wednesday night by Alibaba, though he continues as a life-long member of the Alibaba Partnership, a 36-member group of top executives that has the right to nominate a majority of the board. Filling his seat on the 11-member board will be Alibaba Chief Financial Officer Maggie Wu, 52, who joined Alibaba in 2007. She was previously a partner at KPMG in Beijing.

Ma, a former English teacher, founded Alibaba in his apartment in Hangzhou in 1999. Beginning as an 18-person startup offering trading services for businesses, Alibaba expanded into a giant e-commerce conglomerate with businesses sprawling from online retail to financial services to artificial intelligence and generated a fortune of more than $56 billion for Ma.

Ma stepped down as Alibaba’s CEO in 2013 but remained as chairman, continuing to play a decisive role at the company, including overseeing its record-breaking $25 billion initial public offering (IPO) in New York in 2014. Since stepping down, Ma has turned his focus to philanthropy.

Alibaba’s board has long consisted of 11 members. The seat of long-time investor SoftBank Chairman Masayoshi Son has been vacant since he resigned from the board in June. SoftBank, which remains Alibaba’s biggest shareholder with 24.9%, nominated Kabir Misra, a managing partner at SoftBank Capital, to fill Son’s seat.

Ma has been selling down his holding in the e-commerce giant since the company launched its secondary listing in Hong Kong in November 2019. Ma reduced his Alibaba stake from 6.1% in November to 4.8% as of July 2, the company’s filings showed. He remains Alibaba’s second-biggest shareholder.

Alibaba Executive Vice Chairman Tsai, the third-largest shareholder, has also been reducing his holdings. As of July 2, he reduced his stake from 2% to 1.6%.