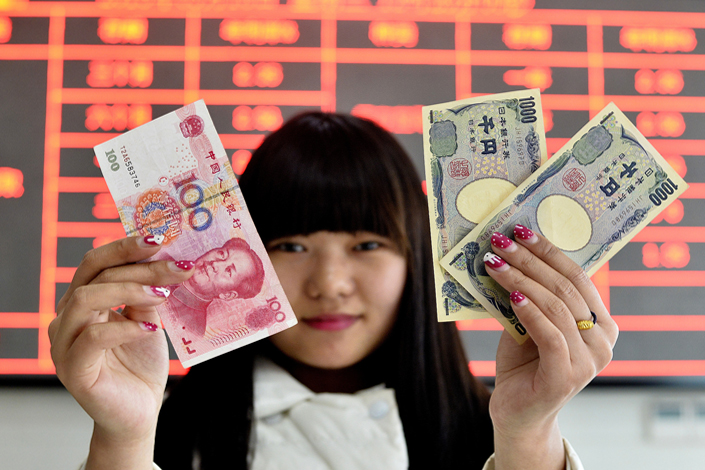 (Nikkei Asia) — China has raised its purchases of Japanese government bonds (JGBs) to the highest level in three and a half years, in an apparent effort to reap greater yields on Beijing’s massive reserves of foreign currencies.

The Chinese bought 1.46 trillion yen ($13.8 billion) in medium- to long-term JGBs on a net basis between April and July, figures from Japan’s Finance Ministry and the Bank of Japan show — 3.6 times the amount from a year earlier.

“It is possible that China is directing a portion of its huge dollar holdings toward Japanese government bonds,” said Koichi Sugisaki at Morgan Stanley MUFG Securities.

The April-July total ranks China as the second-largest buyer of JGBs behind the U.S., which picked up 2.77 trillion yen over the same four months. The acceleration of China’s buying, however, dwarfed that of the U.S., which increased its purchases by only 30%.

Europe has sold off 3 trillion yen worth of Japanese government bonds on a net basis, a move that only enhances China’s growing presence as a holder of JGBs.

The yield on benchmark 10-year JGBs hovers around 0% on a nominal basis. But factoring in the conversion of dollars to yen lifts the yield to around 1.2%, compared with 0.7% offered by a 10-year Treasury, according to Morgan Stanley.

That current differential of around 50 basis points, which has narrowed and stabilized since the pandemic was spreading most rapidly, is about the level seen in the first half of 2017.

During the first five months of 2017, Beijing bought about 3 trillion yen worth of Japanese medium- to long-term debt on a net basis. This year, China seems to be reacting similarly to the yield spread. And China’s U.S. Treasury holdings have been heading downward, suggesting that it is shifting funds toward JGBs.

Beijing’s increased buying of JGBs also may have the currency market in mind.

The yuan’s level is guided in reference to a basket of currencies that includes the dollar, euro and yen. China’s currency faces upward pressure because the country’s economy recovered relatively quickly from the coronavirus downturn. Selling yuan to buy yen-denominated JGBs helps China ease that pressure.

“There is the possibility that China is buying up yen-denominated assets to curb the appreciation of the yuan,” said Naka Matsuzawa at Nomura Securities.

China’s holdings of medium- to long-dated JGBs totaled about 9.4 trillion yen at the end of 2019, or 8% of the amount held by foreigners. The recent uptick in buying likely will expand that ratio.

In Japan’s bond market, the BOJ instituted the policy of guiding long-term interest rates toward approximately 0%. Yields have maintained stable trends as of late.

When taking the long-term view, China and other foreign actors are on their way to expanding their share of JGB holdings. With the impact of U.S.-China frictions and other political and economic factors, the risk is mounting for growing interest rate volatility.