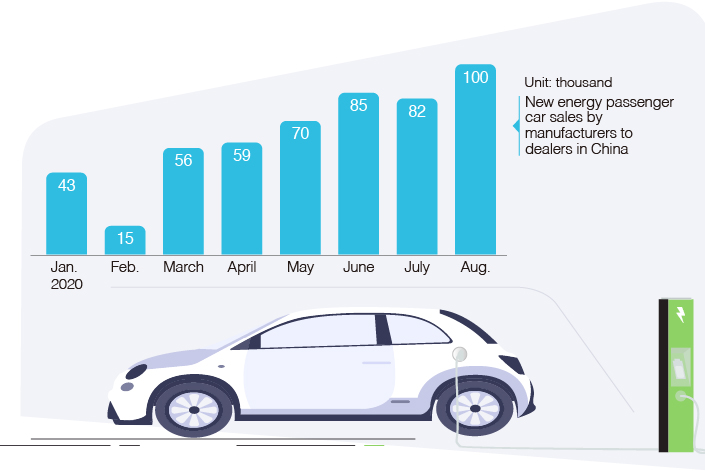 Five-year-old Li Auto, which went public on the Nasdaq in July as the second Chinese electric vehicle startup to list in the U.S. after Nio, delivered 3,504 Li ONEs in September, a monthly sales record since the company began delivering the model in December, the company said in a statement on Friday. The Beijing-based company’s deliveries during the third quarter of 2020 reached 8,660 units, representing a quarter-on-quarter increase of 31.1%. The Li ONE is Li Auto’s first model, which was rolled out at the end of 2019. The company says that it is planning to launch a premium model in 2022.

As of Sept. 30, Li Auto had 35 retail outlets in 30 Chinese cities and plans to expand its direct sales and servicing network across China, according to the company, which has yet to turn a profit. Its net loss reached 75 million yuan ($11 million) in the second quarter of 2020.

Guangzhou-based Xpeng, which followed in the footsteps of Nio and Li Auto to list in the U.S. in August, also made a new monthly delivery record in September with sales of 3,478 vehicles, representing a year-on-year increase of 145%, according to a statement released by the company on Sunday. In the third quarter of 2020, Xpeng delivered a total of 8,578 cars, up 266% year-on-year.

Like the other two U.S.-listed companies, Xpeng has yet to turn a profit. The company said in its prospectus that it made a net loss of $113 million on revenue of $142 million in the first half of 2020.