Chipmaker SMIC on the Edge of ‘Junk’ Bond Status After U.S. Sanctions 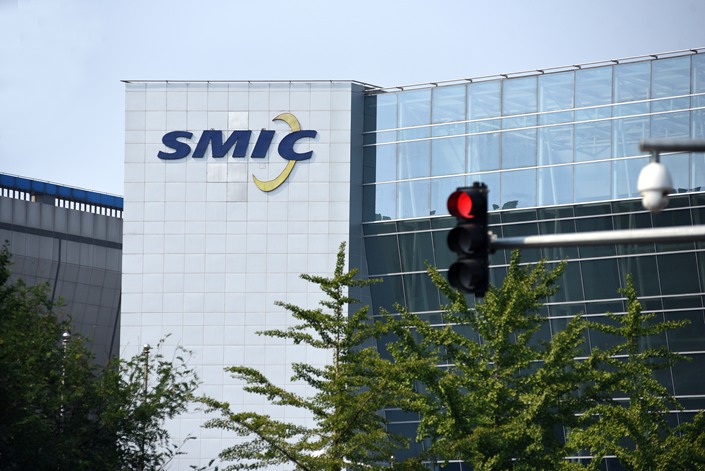 The decision to add SMIC to a negative credit watch list is the latest sign of mounting pressure on the company, after the U.S. told some suppliers that exports to SMIC would be subject to further restrictions and would require a license.

SMIC, the largest Chinese chip foundry, is rated as a BBB-minus credit by S&P, meaning that the next move in the ratings, if happens, would be a downgrade to “junk” bond status.

S&P believes that SMIC now “faces heightening supply chain risk” after the U.S. action. Hins Li and Raymond Hsu, analysts at S&P, noted that the effect on SMIC’s operations and expansion plans are “highly uncertain” but could “significantly delay the company’s technology advancement.”

The S&P analysts wrote that there could be a downgrade if the U.S. sanctions significantly disrupt wafer fabrication, limit capacity expansion and delay efficiency improvements, potentially leading to “a significant loss of customers and market share and weaken profitability.”

SMIC responded to Nikkei Asia’s request for comment late Wednesday night, saying it is “aware of the report and monitoring for any developments.”

We have “committed to open and transparent communication and have been clear with all parties that our products have no military end use or end users,” the company said.

SMIC acknowledged in a stock exchange announcement on Sunday that the sanctions “may have potential material adverse effects on the company’s future production and operations,” while stressing that it “has been operating in compliance with the relevant laws and regulations of all jurisdictions where it performs its businesses.”

The Chinese chipmaker heavily relies on supplies of equipment and materials from American companies and other companies that use American-based technology.

S&P said SMIC would maintain an investable grade ratings if it “can effectively manage the risks and mitigate the impact of the export restrictions.”

Within this scenario, the agency counts on the company getting “strong government support,” both financially and technologically, from Beijing.

Moody’s Investors Service rates SMIC as “Baa3”, an equivalent to S&P’s current assessment, but with a positive credit outlook. Fitch Ratings does not rate the Chinese company.

The U.S. pressure on SMIC is also a concern for equity investors. Its Hong Kong-listed shares closed at HK$18.96, which is 58% lower than their July 15 peak, a day before its dual-listing in Shanghai.

Masahiro Nakanomyo, equity analyst at Jefferies Japan, wrote that Washington’s sanction against SMIC “includes more of a political determination” compared to other Chinese targets, as the U.S. cited military diversion risk as the primary reason this time.

“Even if regulations only affect cutting-edge areas, we estimate that they could extend to about 8% of semiconductor capital investments,” wrote Nakanomyo, who mainly covers Japanese chip equipment and material suppliers.

Additional reporting by Cheng Ting-fang and Lauly Li in Taipei.

This story was originally published by Nikkei Asia