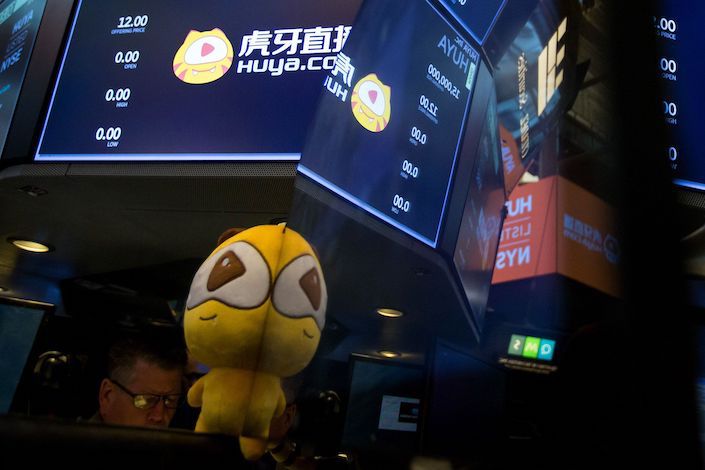 (Bloomberg) — Huya Inc. agreed to buy DouYu International Holdings Ltd. in an all-share deal that will create a Chinese game-streaming giant with a market value of more than $11 billion.

Investors were offered 0.73 of a Huya American depositary share (ADS) for each ADS of DouYu, the companies said Monday in a statement. That values each DouYu ADS at about $18.83 as of Friday’s closing price, a 35% premium, and values the company’s equity at about $5.98 billion.

Tencent Holdings Ltd., which owns stakes in both companies, will hold about 68% of the combined business’s voting shares, giving the WeChat operator control over a live-streamed gaming leader akin to Amazon.com Inc.’s Twitch.

China’s game-streaming market is estimated to generate 23.6 billion yuan ($3.5 billion) of revenue this year, according to iResearch. The country’s streaming networks live and die by the popularity of star players and the virtual tips and gifts that fans buy for them, leading to intense bidding wars for the most-recognized names.

The boards of both companies unanimously approved the deal, which is expected to close in the first half of 2021 if investors holding two-thirds of DouYu’s shares vote in its favor.

Tencent will assign interests in its live-streaming business, Penguin e-Sports, to the newly merged company for $500 million, the companies said. The Tencent deal is expected to close concurrently with the combination of Huya and DouYu.

Tencent and DouYu’s Chief Executive Officers, Shaojie Chen and Wenming Zhang, agreed to tender their shares and ADSs, which represent about 54.6% of the voting rights. Chen and Rongjie Dong, the CEO of Huya, also agreed to transfer shares to Tencent before the deal closes.

Huya also agreed to pay a dividend of about $200 million, and DouYu agreed to pay investors $60 million within 20 days of the deal closing.