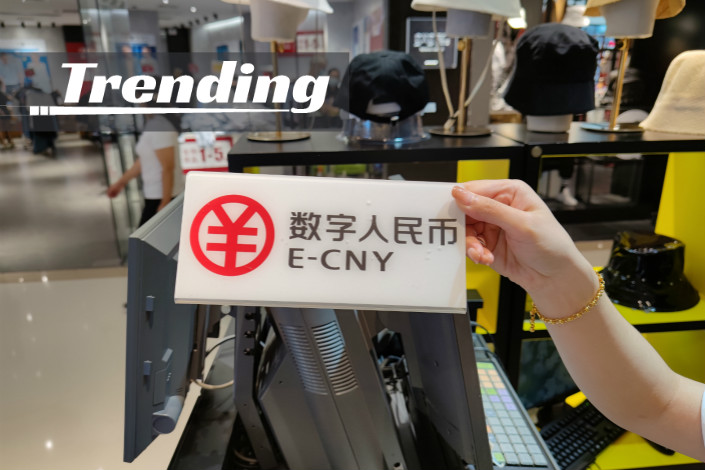 Luohu, the central district of Shenzhen closest to the Hong Kong border, launched a digital money scheme yesterday that has distributed 100 million yuan ($1.5 million) in coupons to be spent locally by Oct. 18.

Two million participants received a text message with a link to download and install a digital yuan mobile app. After installation they could see if they had won a free coupon or “digital hongbao”. One in four received 200 yuan each to spend in participating shops, restaurants and gas stations. Those who did not win anything were eligible for a “participation certificate.”

China’s central bank (PBOC) regards the digital yuan as an important part of the economy’s future financial infrastructure and has been developing it since 2014. In April, the PBOC said trials would be conducted in four regions including Shenzhen, and in scenarios related to the 2022 Winter Olympics.

“There is even a pilot for red envelopes? Digital currency has arrived!” Unsurprisingly a generally popular move, the “digital hongbao” is also seeing serious commentary. One person asked, “How can we tell the digital currency apart from our current array of online payment options?”

Some noted that the money has a time limit, so you had better use it before it’s taken back by the central bank. Addressing this in more detail, one social media user wrote, “This is like a PDF of yuan, with each sheet corresponding to a unique code. Stored paper money reduces liquidity in the market, whereas the time sensitivity factor and virtual nature of electronic money means it can really stimulate consumption.”

Drawing a further link to consumption, one Weibo user remarked that “inflation will rocket, so better not to save money at all!” A well-liked comment read, “We are all playing a game, leveling up with labor and spending to get more money and better stuff,” continuing, “but as a character in the game, this [trial] makes me happy.”

There were a few negative comments however. One Chengdu-based commentator asked when the trial will be extended inland as apparently promised in April. And there’s always one Luddite, with a social media user saying “I’d rather have cash in hand.”