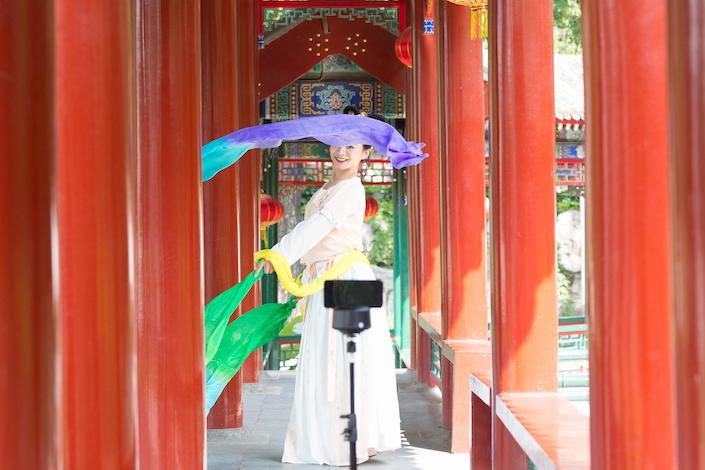 As Chinese short-video app TikTok faces increasing scrutiny abroad, its Chinese version and rival apps are thriving and reshaping the content market in a nation of 1.4 billion people.

As of June, China had 818 million short-video users, and they watched an average of nearly two hours every day on apps including ByteDance-owned Douyin and Tencent-backed Kuaishou, according to a report released at the China Internet Audio & Video Convention, an industry exhibition hosted by China Netcasting Services Association and the Chengdu government.

The Covid-19 pandemic further pushed an online shift in people’s entertainment consumption, accelerating a 179% year-on-year growth in the 130 billion yuan ($19.3 billion) market, the report found. The report also warns of problems in the booming industry, such as fast food-like content, copyright issues, information security and addiction by younger users.

More than nine out of 10 Chinese mobile internet customers use short-video apps, and more than 70% of new users come from smaller third- to fifth-tier cities and rural area, according to the report.

Another survey the report cited showed that more than 60% of users watch short videos every day, compared with about 36% who watch longer-form videos.

Douyin and Kuaishou attract different user groups, though many users have registered accounts with both apps. Douyin wins more favor among female users, while Kuaishou appeals more to men, according to the report. Douyin users are mainly millennials from first-tier cities with at least high school educations, while Kuaishou targets younger audiences in smaller cities and rural areas.