Lenovo Is Once Again the King of PC Sales 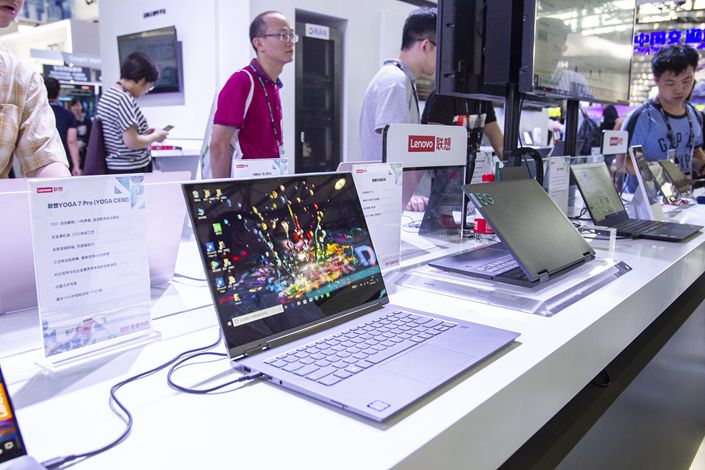 Lenovo Group Ltd. reclaimed its title as the world’s undisputed PC leader in the third quarter, banking on strong demand from its rebounding home China market combined with strong overall sales due to more people working and studying from home during the global pandemic.

Lenovo topped the list of world’s biggest PC brands in new rankings released this week by IDC and Gartner, clocking in with 23.7% of the global market and 25.7%, respectively, to beat out No. 2 HP Inc. The pair of companies have seesawed back and forth in the top two positions in recent years, and HP briefly took the top spot from Lenovo in IDC’s second-quarter report.

IDC reported the overall global PC market grew 14.6% year-on-year in the third quarter with 81.3 million units shipped, while Gartner reported more modest growth of 3.6% to 71.4 million. The difference between the pair lay in their treatment of Chromebooks — computers that use Google’s Chrome operating system that now account for about 10% of the overall market.

IDC includes Chromebooks in its count, while Gartner does not. Gartner pointed out that Chromebook shipments soared 90% year-on-year in the third quarter, and that its growth rate for the market would have reached 9% if those were included.

“Consumer demand and institutional demand approached record levels in some cases,” said IDC analyst Jitesh Ubrani. “Gaming, Chromebooks, and in some cases cellular-enabled notebooks were all bright spots during the quarter. Had the market not been hampered by component shortages, notebook shipments would have soared even higher during the third quarter as market appetite was yet unsatiated."

PC sales plunged in the first quarter of this year as the pandemic sickened China, forcing most companies to close and shutting down one of the world’s largest production centers. But the industry has bounced back rapidly since then, returning to growth in the second quarter, as many businesses and families made new purchases to facilitate work and study from home.

The strength marks a comeback of sorts for PCs, which experienced years of anemic growth as many of their functions moved to more portable smartphones that saw explosive growth. But the tables have turned during the pandemic as many people remain largely housebound, with smartphones posting sharp declines in the first two quarters of the year.

“This quarter had the strongest consumer PC demand that Gartner has seen in five years,” said Gartner research director Mikako Kitagawa. “The market is no longer being measured in the number of PCs per household; rather, the dynamics have shifted to account for one PC per person.

Both reports showed Lenovo making the strongest gains among the top three players during the quarter. That was partly driven by a strong recovery in its home market, where the company has been the dominant player for years and which now accounts for more than a fifth of its revenue.

“Greater China continued to show strength as the region has largely recovered from the impact of Covid-19, with public and private sectors resuming their procurement that was postponed in the first quarter of the year,” Gartner said. After Lenovo and HP, both Gartner and IDC found that Dell was the world’s third biggest PC brand during the third quarter, followed by Apple and Acer at fourth and fifth, respectively.