By Fang Zuwang and Anniek Bao 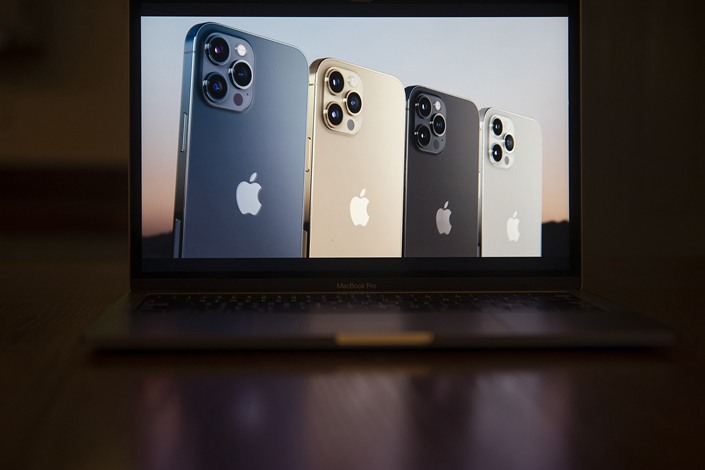 The California-based company launched its first batch this week of 5G-enabled phones that receive data from the BeiDou Navigation Satellite System (BDS) which China has spent 20 years developing as a rival to the U.S. global positioning satellites (GPS).

Most smartphone-makers had adopted BeiDou by 2018, according to the GNSS and LBS Association of China. Yet Apple first confirmed its compatibility with BeiDou in August this year, saying the iPhone 11 model, launched in September 2019, used BeiDou in its location data system.

Apple has added BeiDou to four other global navigation systems its iPhones are compatible with, the U.S.’ GPS, Russia’s GLONASS, the European Union’s Galileo and Japan’s QZSS (Quasi-Zenith Satellite System).

Initiated in the late 1990s, BeiDou has been essential to China’s ambitions to reduce its reliance on the U.S.-built GPS and to increase its technological influence overseas. The 30 satellite- strong BeiDou network is used to provide real-time positioning and velocity information for China’s military and civilian users.

Its global coverage was further enhanced in July when the final satellite in the system was launched, completing a network that from 2012 was intended to provide services in Asia-Pacific regions.

A GNSS and LBS association analyst told Caixin that Apple’s decision to not join BeiDou earlier may have been commercial because, as a global smartphone provider, it needed “to be more cautious with BeiDou while it was serving the Asia-Pacific area only.”

Ren Chengqi, head of BeiDou, said in a briefing in August that the five primary satellite navigation systems needed to work on their compatibility and interoperability to coexist and achieve greater efficiency. The more compatible navigation equivalents are with each other, the less interference in signals there will be, he said.

In 2017, the China Satellite Navigation Office and the U.S. Office of Space and Advanced Technology agreed to make the radio frequencies of GPS and BDS compatible and their civil signals interoperable under a bilateral cooperation agreement.

China aims to continue to expand the application of BeiDou to more civil uses. Yu Xiancheng, head of the GNSS and LBS association, said the commercial application of BeiDou in mobile devices, ranging from smartphones, smart watches and laptops had contributed to an overall industry output value of 345 billion yuan ($51.2 billion) in 2019.

The iPhone 12 range release rides the wave of consumers’ booming interest in 5G wireless data networks, which are expected to boost sales through the rest of the year.

Fang Jing, chief analyst specializing in information technology at Cinda Securities Co. Ltd., estimates there will be 80 million to 85 million iPhone orders placed in the fourth quarter. He predicted it will regain momentum as the second-biggest smartphone-maker in terms of shipments, behind Samsung Electronics Co. Ltd., based on rankings by market analyst firm Canalys.

Samsung and Huawei Communications Co. Ltd. launched 5G-enabled phone models more than a year and half earlier than Apple.

The long-awaited inclusion of BeiDou in the iPhone raised a slew of suspicion theories in China earlier this year. An industry expert, Li Zecheng, believes earlier iPhone models that supported the 4G network were equipped with hardware to receive BeiDou signals but were programmed to block them because of performance failures.

Apple directed Caixin to the August statement and declined to comment further.