By Wen Simin and Matthew Walsh 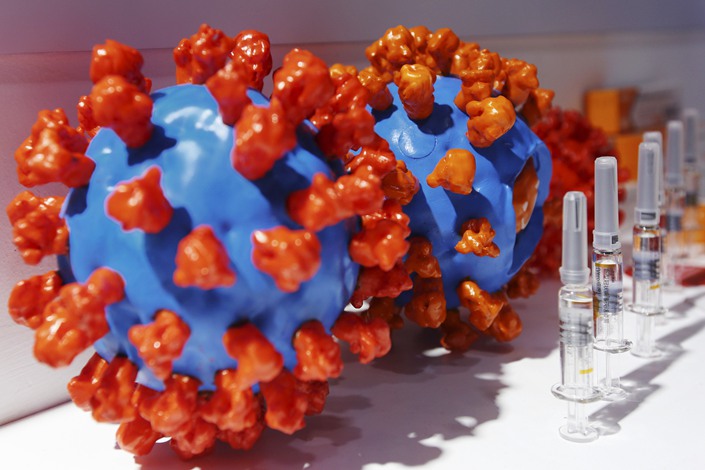 Scientists at the University of Hong Kong said the drug RBC slowed the replication of the virus that causes Covid-19 and relieved symptoms in infected hamsters.

A cheap, common medicine for stomach ulcers has been found to ease coronavirus infections in animals, according to new research, raising hopes that it may have similar effects in humans.

Scientists at the University of Hong Kong say the drug, known as RBC, slowed the replication of SARS-CoV-2, the virus that causes Covid-19, and relieved symptoms in infected hamsters.

The findings were published last week in the peer-reviewed journal Nature Microbiology.

The study comes as scientists worldwide look to repurpose existing medicines for Covid-19 while specific drugs and vaccines remain in development. The only antiviral drug authorized for treating Covid-19 in the United States, remdesivir, is in short supply and carries a hefty price tag. It also fails to prevent deaths among patients, according to new research funded by the World Health Organization that has not yet been peer-reviewed.

In contrast, RBC — which stands for ranitidine bismuth citrate — is a cheap, widely available drug that has been used for more than 20 years to treat gastric ulcers, which are typically caused by bacterial infection. While RBC’s antibacterial properties are well-documented, its capacity to fight viruses remains comparatively understudied, the researchers said.

Sun Hongzhe, the professor in the university’s chemistry department who conducted the study, said the team had previously noted the effectiveness of drugs containing bismuth, a type of metal, in fighting the virus that causes severe acute respiratory syndrome (SARS), which killed more than 700 people in China and other countries in 2002 and 2003.

“After the Covid-19 epidemic erupted in January, we rapidly developed research into the antiviral functions of bismuth and worked with colleagues … to test our idea of drug screening in cell and animal models,” Sun told Caixin.

The researchers found that RBC significantly reduced the amounts of virus in individual cells as well as in the respiratory tracts of infected Syrian hamsters, which also displayed milder inflammatory responses once the drug was administered.

The scientists postulate that RBC deactivates a key protein the virus uses to replicate, suppressing how quickly it can grow in number.

Sun cautioned that further tests were needed before doctors start prescribing RBC to people with Covid-19, adding that his team was “actively” pushing for clinical trials on overseas patients now that China’s outbreak has largely abated.