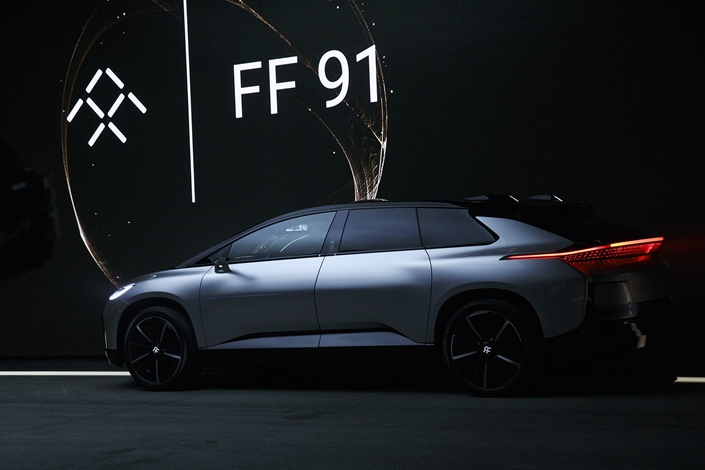 Since its disgraced founder Jia Yueting had his personal bankruptcy plan approved in May, Faraday Future has stepped up efforts to raise new funds for its planned mass production of the FF91, its first luxury electric SUV, as the company reportedly prepares for a listing.

The company, based in California, signed an extended financing agreement, securing a bridge loan of up to $45 million from Chicago-based merchant bank Birch Lake and New York-based private equity firm ATW Partners, Faraday said in a statement released last week.

The $45 million loan, which is a roll-over of a bridge financing facility put in place in 2019 and will mature in October 2021, will be used to support the volume production of the FF91 and continue the development of another model, the FF81, according to the statement.

In April last year, Birch Lake threw support to Faraday with a $225 million bridge loan to allow it to cope with a cash crunch crisis and pay about 60% of its suppliers to which it owed money.

Faraday will kick off production of the FF91 approximately nine months after the closing of a new round of funding, which is expected to happen in the “near term”, the company disclosed in the statement, without providing further details.

Earlier this month, Reuters reported that Faraday was planning to go public through a backdoor listing using a type of shell company called a special-purchase acquisition company (SPAC).

So far, five-year-old Faraday has not mass-produced a vehicle due to a lack of capital.

Faraday is closely followed in China due to its founding by former Chinese tech highflyer Jia Yueting, whose LeEco online video empire imploded after growing too fast. Last year Jia exited as Faraday’s CEO, and the China Daily reported he no longer holds any stake in the company.