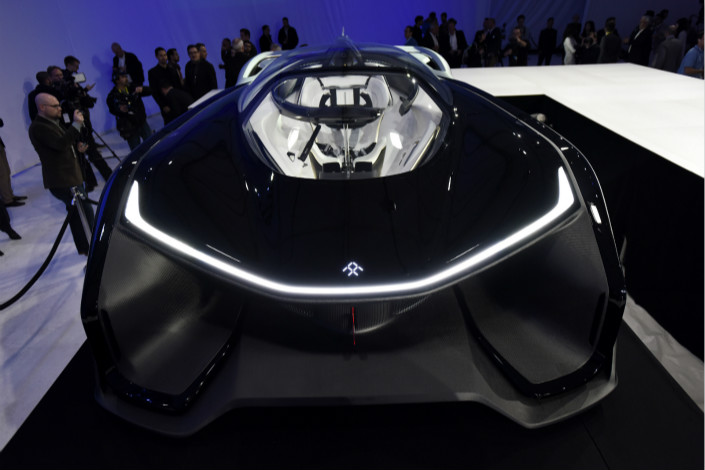 Faraday Future, the electric vehicle startup founded in the U.S. by debt-plagued Chinese tech entrepreneur Jia Yueting, is finding a shortcut to go public by merging with a special-purchase acquisition company (SPAC).

Entering the public stock market will provide a financial lifeline to five-year-old Faraday, which has not mass-produced a vehicle yet due to a lack of capital.

The carmaker’s CEO Carsten Breitfeld told Reuters that the company is working on a reverse merger deal with a SPAC and “will be able to announce something hopefully quite soon,” declining to give further details about who Faraday is negotiating with or when the deal will be finalized.

A Faraday spokesperson had not responded to Caixin’s request for a comment by the time of publication.

A SPAC is a shell company that has no commercial operations but plans to go public with the intention of acquiring or merging with a company utilizing the proceeds of the SPAC’s initial public offering.

Breitfeld, who took over the role of Faraday CEO from Jia in September last year, also told Reuters that the Los Angeles-based carmaker will start mass production of its first luxury electric SUV, the FF91, 12 months after securing funding.

He added that Faraday will initially build the FF91 at its plant in Hanford, California if the deal is successful, but will ultimately work with a contract manufacturer in Asia with which it has already entered into an agreement.

Faraday had previously said that it needs between $800 million and $850 million to produce the FF91.

Jia, who stepped down as Faraday CEO last year, had his personal bankruptcy plan approved in May, paving the way for Faraday to once again seek investment to produce its electric vehicles.