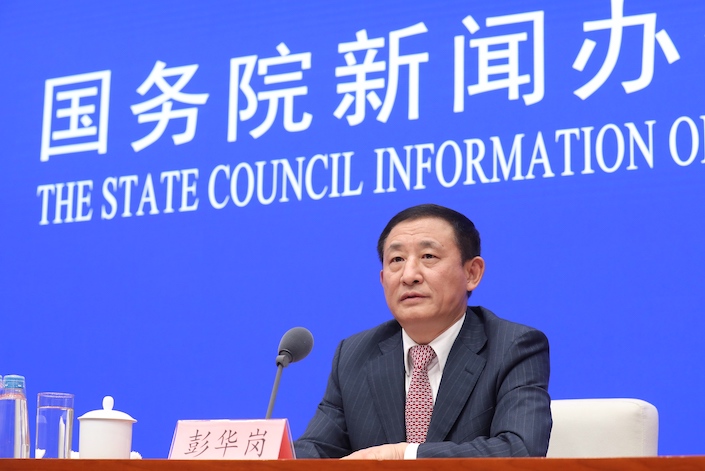 Revenue of central SOEs grew 1.5% year-on-year to 7.8 trillion yuan ($1.17 trillion) in the third quarter, the State-owned Assets Supervision and Administration Commission (SASAC), said Tuesday at a news conference. That compares with a contraction of 7.8% in the first half and a decline of 11.8% in the first quarter, when the economy was hit hard by the outbreak.

The improvement of the domestic macroeconomic environment was one reason for the rebound in operating performance of SOEs in the third quarter, said Peng Huagang, a spokesman for SASAC.

China’s gross domestic product (GDP) grew 4.9% in the third quarter from a year earlier, the National Bureau of Statistics (NBS) said Monday, as the world’s second-largest economy continued to recover from the Covid-19 pandemic. In the first three quarters, the cumulative GDP growth rate also swung from negative to positive, reaching 0.7%.

The central SOEs posted profits of 474.8 billion yuan in the third quarter, an increase of 3.4% from a year ago. In September alone, the large SOEs achieved record profit of 204.6 billion yuan for the month and the highest margin in a decade at 9.5%.

In the first three quarters, the central SOEs generated more than 400 billion of net cash flow from operating activities, back to a pre-pandemic normal level, Peng said. That indicates a reverse from the Covid-induced downturn in the first half, he said, but SOEs still face pressure to achieve overall profit growth, especially the petroleum, petrochemical and airline sectors.

The International Monetary Fund projected that China’s GDP will expand 1.9% in 2020 and predicted that the country will be the only major economy to grow this year. Chinese central bank Governor Yi Gang said Sunday that China’s economy is likely to increase about 2% this year.