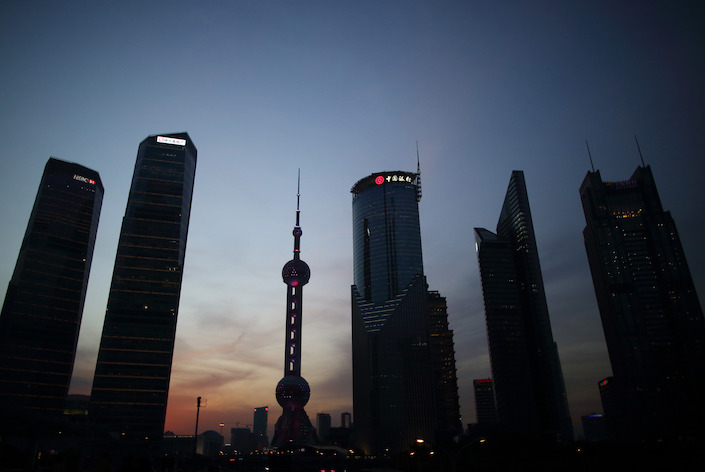 Top Chinese officials expect the country to post positive economic growth for the full year as the world’s second-largest economy rebounds from the Covid-19 pandemic.

“It is highly likely that China's economy will achieve positive growth this year as policies to stabilize the economy show effects,” Vice Premier Liu He said at a financial forum in Beijing.

China’s GDP grew 0.7% year-on-year over the first three quarters, back in positive territory after being dragged down by a 6.8% contraction in the first quarter at the height of the Covid-19 outbreak, according to government data released Monday. Third-quarter growth accelerated to 4.9% from a year ago, putting China in line to be the only major economy to expand this year after bringing the pandemic under control.

China will keep its prudent monetary policy appropriate and flexible and ensure that liquidity is reasonably ample, and the country will continue opening its economy to the world, Liu said.

Yi Gang, the central bank governor, was also upbeat about the country’s recovery. Yi said at the same forum that the economy may achieve positive growth this year. The governor had said during the weekend that he expected China’s economy to expand about 2% this year.

The Covid-19 pandemic still poses great uncertainties for the global economy, Yi said. The International Monetary Fund recently said world GDP may shrink 4.4% this year under the shadow of the pandemic.

Yi also said he expected China’s leverage ratio — the percentage of debt in households, nonfinancial enterprises and governments relative to total gross domestic product — to stabilize in 2021 after a rise this year due to policies to counter pandemic fallout.

“It will become more stable after GDP growth picks up next year,” Yi said. The ratio needed to be maintained on “a reasonable track,” he said. China will implement “normal monetary policy for as long as possible,” Yi said.

According to the central bank governor, China has allocated nearly 800 billion yuan of special refinancing quotas to bolster the virus-hit economy in two batches. A third batch of 1 trillion yuan is under distribution in hopes of supporting more than 2 million businesses.

It should “neither let the market be short of liquidity nor lead to excessive supply,” Yi said.