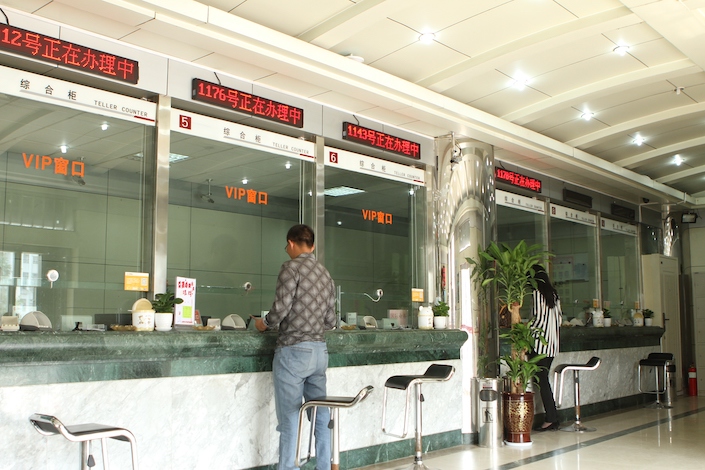 China is stepping up efforts to crack down on personal information violations.

Last month, the PBOC issued measures to protect the rights and interests of financial consumers that will take effect Nov. 1. The measures establish the required mechanisms to protect financial consumers’ fundamental and long-term interests, require banks and payment institutions to follow the principles of legality, fairness and necessity when processing such information, and add penalties for violations.

A legislative committee of the National People’s Congress started soliciting public opinion Wednesday on a draft personal information protection law. If passed, it will become China’s first unified piece of national legislation on the protection of personal data.

In recent years, regulators and judicial authorities have stepped up efforts to crack down on personal information violations. In a major campaign against illegal use of personal data in Huai’an, eastern China’s Jiangsu province, in October 2019, police found that a criminal group corrupted more than 40 employees of insurers, banks, courts and related institutions and was involved in profiting by more than 20 million yuan from leaking and selling personal information.

The most valuable pieces of information could fetch as much as 5,000 yuan each, a police investigation found. An employee at China Construction Bank made 300,000 yuan just by helping the criminal group to check customers’ bank card information.

Beijing-based credit rating service Kaola Credit was among seven companies caught up in the police crackdown. The company was found to have been illegally selling access to user data since 2015 and to have provided illegal identification verification 980 million times for companies engaged in illicit operations, pocketing more than 38 million yuan from the business.