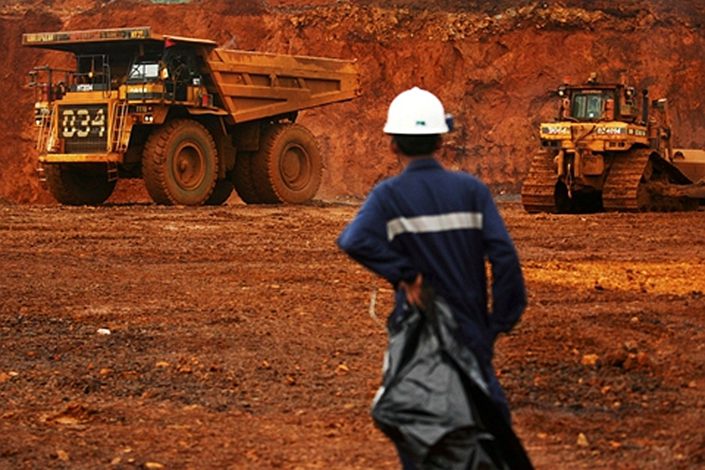 (The Straits Times) — Indonesia is set to become a battleground for electric vehicle battery production as two global giants are investing billions of dollars in supply chains, tapping the abundant reserves of nickel, a key raw material, in the resource-rich Southeast Asian nation.

Indonesia holds about a quarter of the global reserves of nickel, the Philippines about a 20th, while the rest of the world has the remainder.

The government has been trying to encourage the setting up of an end-to-end electric vehicle industry in the country.

In 2015, it started the construction of a nickel industrial park on 2,000 hectares (4,942 acres) of land in Central Sulawesi province that has today become the world’s largest, producing millions of tons of stainless steel slabs. Nickel is also used to make steel.

In January 2019, the country started the construction of a plant to produce battery-grade nickel chemicals for electric car batteries, and planned to have it operational in 2020.

CATL, which will work with Chinese mining investment company Ningbo Lygend and Antam, has committed to spending about $5 billion by 2023 and US$15 billion more through 2028.

Ningbo Lygend has the high pressure acid leaching (HPAL) technology that could turn even lower-quality nickel ores into battery-grade chemicals. Previously, only high-grade nickel ores could be processed to make electric vehicle batteries.

CATL’s close rival LG Chem will also work with Antam on a similar endeavor. The Straits Times understands that talks are more advanced with CATL.

CATL, the world’s largest producer of lithium-ion batteries, shipped 40.7 gigawatt hours (GWh) in 2019, followed by the second largest maker Panasonic with 30.7 GWh and LG Chem with 13.3 GWh, according to Bloomberg.

CATL has recently secured a deal to supply battery packs to Tesla, which in the middle of this year overtook Toyota to become the world’s most valuable carmaker. Panasonic was previously the long-time supplier of Tesla.

Indonesia expects to see the first production of battery packs by 2028, Septian Hario Seto, a deputy minister at Marves who is in charge of mining and investment, told The Straits Times.

He said that for the production of battery cells and battery packs, investors would be offered to build their plants near the automotive industry base, which is in the country’s most populous island of Java. Activities for the rest of the supply chains, including nickel ore mining, could remain near the mining sites.

The nickel ore reserves are located in Southeast Sulawesi’s Kolaka, Pomala and Konawe; Sorowako-Bahodopi (on the border of South and Central Sulawesi provinces); Buli in North Maluku; and Gag island in West Papua province.

“We will ask them to build their plants in Batang, Central Java, so they are near the existing automobile (production facilities),” Seto said.

Jodi said the government is also drafting regulations to address battery end-of-life issues and pave the way for the construction of the country’s first battery recycling plant.

He added that during a trip to Yunnan province, Southwest China, earlier this month, CATL told coordinating maritime and investment affairs minister Luhut Padjaitan that it was keen to ask its business partners including Tesla to also invest in Indonesia.

The government had earlier said it was in early discussions with Tesla for a possible investment here. Late last year, Hyundai Motor announced a $1.55 billion investment plan to develop electric vehicles in Indonesia.

Indonesia would be CATL’s second battery plant outside of China, after it broke ground on the first one near Erfurt in Germany in October 2019. The facility, which will have an initial capacity of 14GWh, is expected to begin production in early 2022.

When asked by The Straits Times on who may build the first electric vehicle plant in Indonesia, Luhut said: “Could be Hyundai, a Chinese company, or anybody.”