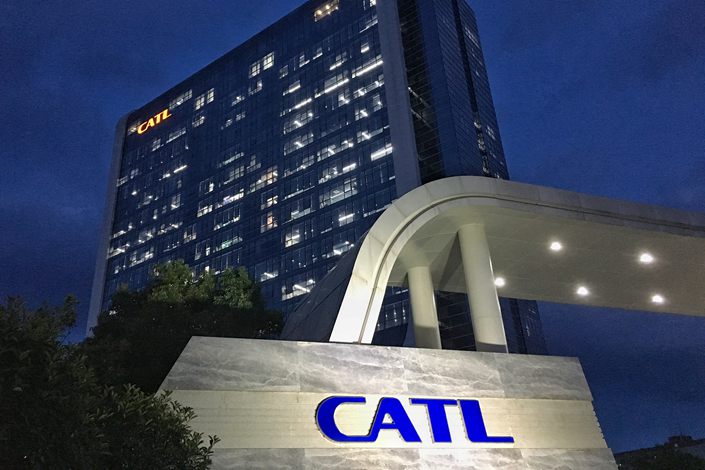 CATL, which partnered with the German company in 2018, aims to supply batteries for the Mercedes-Benz EQS, a fully electric luxury sedan that boasts that it can run more than 700 kilometers (435 miles) on a single charge, according a statement by Daimler AG, the parent of Mercedes-Benz.

“CATL will be a major supplier securing capacity for the next generations of our EQ products in the years to come,” Daimler board member Markus Schäfer said in the statement.

The agreement requires CATL to provide battery cells, modules and systems that are produced with net-zero carbon dioxide emissions. Mercedes-Benz aims to have a net-zero carbon footprint during production for all of its vehicles.

The Chinese battery-maker is building its first overseas factory in Thuringia, Germany, which could enable Mercedes-Benz to purchase batteries domestically in the future.

For Mercedes-Benz, the localization of battery production is “the key element in being able to flexibly and efficiently meet the global demand for electric vehicles,” the Daimler statement said.

CATL and Mercedes-Benz have been working hard to extend the distance that vehicles can drive on one charge by enhancing battery density.

Daimler currently has two other battery suppliers in China. It acquired a 3% stake in Shanghai-listed Farasis Energy (Gan Zhou) Co. Ltd. last month with strategic investment of 905 million yuan ($130.2 million). Farasis will build a battery plant in the eastern German state of Sachsen-Anhalt. The other Chinese battery supplier is EVE Energy Co. Ltd.