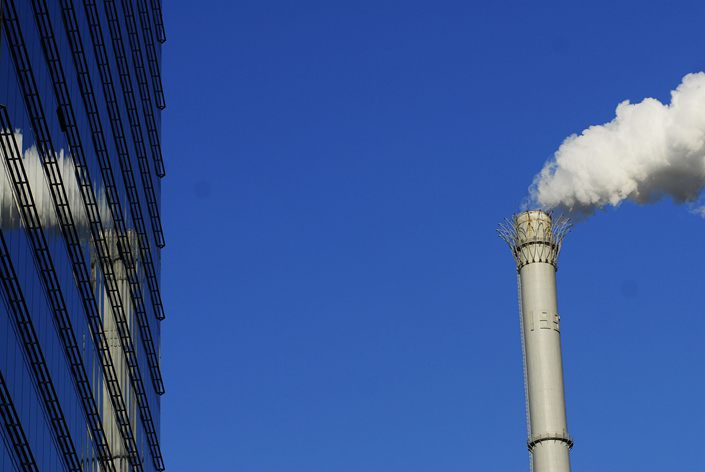 China achieving carbon neutrality by 2060 could single-handedly lower projected global heating by up to 0.3 degrees Celsius, according to the research body Climate Action Tracker.

China, the world’s largest greenhouse gas producer, should slash its emissions by up to 85% by 2050 to hit its bold carbon neutrality target, a new report says.

To reach net zero carbon dioxide emissions by 2060, the world’s second-largest economy should “immediately” start making sweeping reductions in line with a roadmap laid out in the Paris climate agreement that seeks to keep global temperature rises at no more than 1.5 degrees Celsius above pre-industrial levels, according to an analysis by Boston Consulting Group (BCG), an American consultancy.

It adds that such an ambitious policy shift would require up to 100 trillion yuan ($14.9 trillion) of investment between now and 2050, accounting for around 2% of the Asian nation’s projected GDP over that period.

President Xi Jinping abruptly announced last month that China, which burns more coal than any other country, aims to be carbon neutral by 2060.

The report, which was published Wednesday, recommends that China should cut its emissions of planet-warming greenhouse gases by between 75% and 85% by 2050 to have a shot at hitting that goal.

Most of the reductions — about 70% — will depend on a rapid decline in fossil fuel consumption and its replacement with renewables like solar and wind, the report says, adding that China will also have to quickly scale up other climate-friendly policies, such as the use of electric cars and a carbon pricing scheme.

Upgrades to existing infrastructure would improve efficiency and help drive carbon emissions down further, the report says. So would the installation of carbon capture and storage (CCS) technologies that catch carbon dioxide at the points where it is emitted, like coal plants, and store it so that it does not enter the atmosphere.

Experts have previously criticized certain Chinese roadmaps toward carbon neutrality for relying heavily on CCS, an expensive technology that currently operates at large scale at just one site in the country.

Although the report’s authors estimate that the plan would require investment of between 90 and 100 trillion yuan over the next 30 years, they also predict that the so-called “green economy” will contribute more than 2% of China’s GDP by 2050, potentially canceling out the economic costs of decarbonization.

They add that the pivot away from fossil fuels would also strengthen China’s energy security by reducing reliance on imports.

Climate groups have released a flurry of reports in the wake of Xi’s surprise announcement at the UN General Assembly in September.

China achieving carbon neutrality by 2060 could single-handedly lower projected global heating by up to 0.3 degrees Celsius, according to the research body Climate Action Tracker.

But some experts have said the pledge will herald new political and social uncertainties, such as a showdown with China’s powerful coal companies. “We’re facing many risks,” said Zou Ji, the CEO and president of the U.S.-based charity Energy Foundation China, in an interview (link in Chinese) with Caixin last month. “This is an opportunity, but it’s also a challenge.”