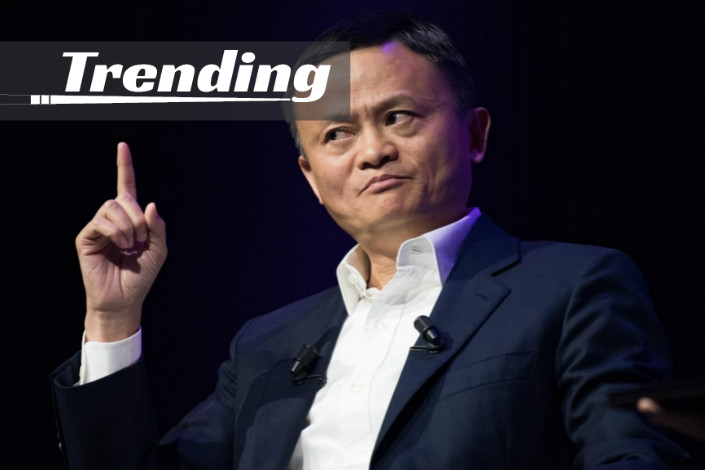 Jack Ma, China’s richest man and officially retired chairman of the country’s biggest online sales platform Alibaba, spoke on Saturday at the second Bund Summit in Shanghai. His words of advice for the finance sector made waves on China’s social media and have been trending for the last few days.

He addressed bottlenecks in China’s “adolescent financial system” and painted an optimistic picture of a sustainable green finance system in which “money found entrepreneurs” rather than the other way around. Jack Ma’s bold opinions have been lauded by social media users, millions of whom have read and watched the talk.

Ma called out credit firms that tie private firms up in debt, creating leveraged businesses with huge liabilities, to which Weibo responded with overwhelming support.

In the context of a summit in which leaders tend to provide dry outlines of their endeavors, Jack Ma gave the audience a content-rich appraisal of the state of finance in China 20 years after the country joined the WTO, with a focus on the plight of private businesspeople.

He said China’s credit system remained in the control of major state banks that acted like “big rivers,” yet the system, “needs ponds, creeks and small channels, without which, floods and droughts will keep happening.” On the eve of a dual listing by Ant Group, the finance platform founded within Ma’s ecommerce ecosystem, the entrepreneur pointed to big data, cloud computing, and blockchain as technologies that should shake up finance.

Addressing the credit issue, one commentator on Weibo elaborated, “Loan sharks just sit at home buying at a low price and selling high, not caring about anything else…Alipay Sesame Credit has promoted credit reform, and Alipay has promoted bank reform. ATMs and banknotes are used less and less. If the banks were not state-owned, what would happen to them?”

Many people posted positive comments about Ma’s direct treatment of China’s finance failings. A representative one read: “Jack Ma dares to speak like this, and I’m immediately a fan.” Contrasting his words to those of other speakers at such events, people had the sense that “Only Jack Ma isn’t wearing the emperor’s new clothes.”

However, arguing that “Jack Ma doesn’t have to say these things,” some thought his boldness was somewhat foolish. “While others close one eye to certain issues in society, he’s like a hawk.”

Others pointed to Jack Ma’s power and influence. “If you criticize the capitalist Jack Ma, don’t be so carefree with your Alipay account,” said one, and suggested his products were part of the problem. “Ant Group’s profits are as high as 58%, and when money comes fast, arrogance is inevitable… Jack Ma is an outstanding representative of capitalists, and the purpose of capitalism is to maximize the interests of capitalists!”