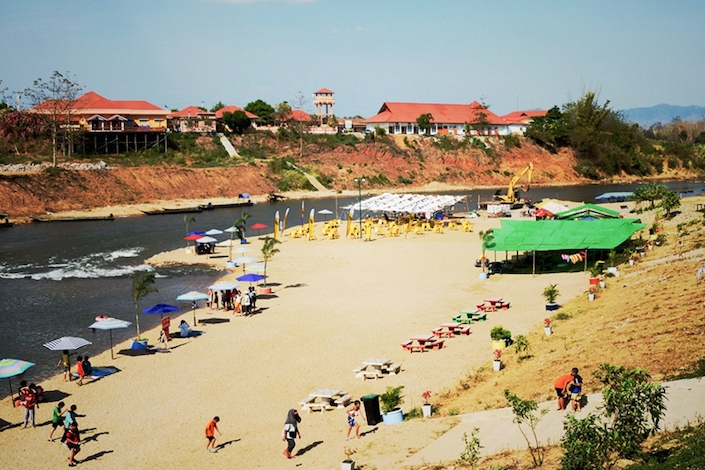 Located in a border town in Myanmar, the Yatai City project is falsely described as an industrial and entertainment complex under China’s Belt and Road initiative

A Caixin investigation examining court papers and public documents has uncovered the shady business history of a high-profile investment project in Myanmar was backed by a reclusive Chinese businessman who has done business under at least four names and has faced allegations of being connected to illegal gambling operations.

His Yatai City is a massive commercial project located in a small town on the Moei River in Kayin State, bordering Thailand. Developed by Hong Kong-registered Yatai International since 2017, the project is planned to cover 12,000 hectares. Yatai City is billed as an industrial and entertainment complex that will accommodate a vast range of services including tourism, commerce, logistics, finance and technology development, described as part of the China, Thailand and Myanmar Economic Corridor regional development plan and a model project under Chinese President Xi Jinping’s signature Belt and Road Initiative.